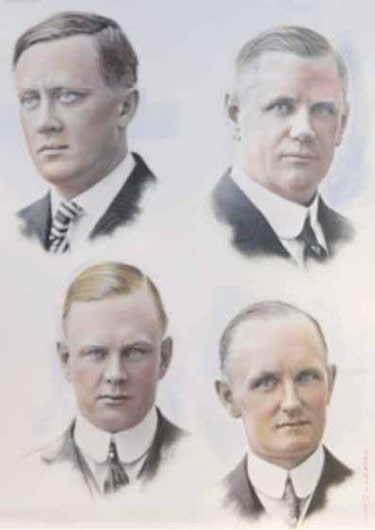 "My office door is always open."

In 1903, William Harley, along with Arthur and Walter Davidson, pooled their resources to produce the first practical Harley-Davidson motorcycle. With William A. Davidson, who joined the venture later, their fledgling motor company turned out eight machines in 1905. By 1920, the Harley-Davidson Motor Company was the largest motorcycle manufacturer in the world. Through periods of both war and economic depression, Harley-Davidson endured. Its founders both used and believed in the company's products and relied on the dedication of its employees to produce quality motorcycles.