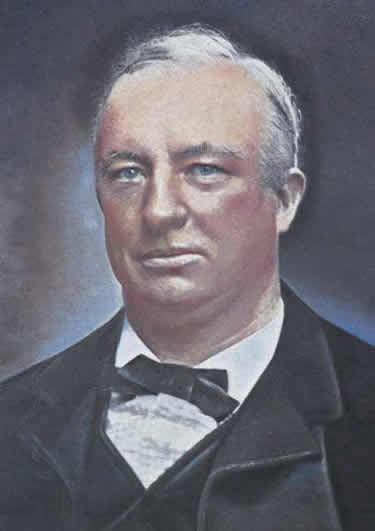 "On this day the hosts of labor shout their hosannahs!"

As the youthful founder of the United Brotherhood of Carpenters in 1881, and for many years its general secretary, Peter J. McGuire built the largest trade union of his time. Born in New York of immigrant parents, McGuire joined his friend, Samuel Gompers, to found the American Federation of Labor, also in 1881, and he served as its secretary for many years. Through the AFL and the Carpenters, McGuire led the great strikes of 1886 and 1890, which put the eight-hour workday on the nation's agenda. Like the first Labor Day in 1882, which he also led, the eight-hour workday strikes were part of his strategy of achieving progress through the concerted action of organized workers.