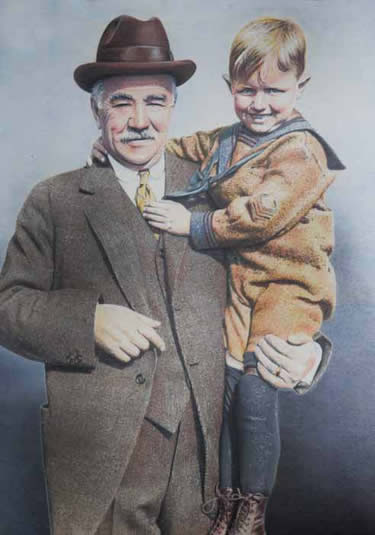 "I have always worked hard, lived rather simply, and tried to give every man a square deal."

Milton Hershey fed the nation's sweet tooth and contributed in unique ways to the national welfare. Despite an unsettled childhood with little formal education, young Hershey ventured from his humble beginnings into the risky world of commerce. After establishing a successful caramel-making firm, in 1894 he decided to commit all of his resources to the manufacture of a then little-known confection: chocolate. Its immediate popularity guaranteed enormous success to the Hershey Chocolate Co. and resulted in the creation of thousands of good jobs. Hershey scrupulously observed fair practices toward his employees and built the model town of Hershey, Pennsylvania, to house them and provide for their every need. He established the Hershey Industrial School for orphaned boys and donated most of his fortune to the school when he died.