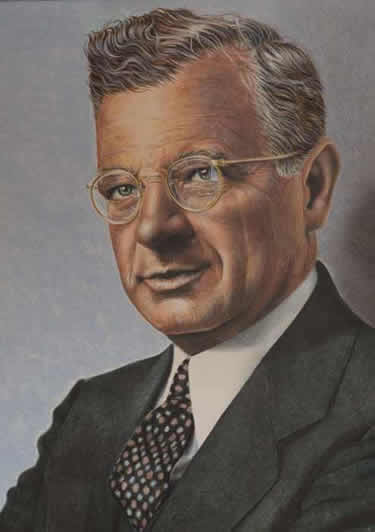 "We want a better America, an America that will give its citizens, first of all, a higher and higher standard of living so that no child will cry for food in the midst of plenty."

As the first president of the Amalgamated Clothing Workers of America, Sidney Hillman was organized labor's foremost "statesman." Both an idealist and pragmatist, he fought for improved wages and hours, eliminated sweatshop working conditions for his members and established a system of arbitration still in universal use today. A founder of the Congress of Industrial Organizations, he established labor as a major political force and helped forge the New Deal of the 1930s. Hillman helped make possible the achievement of the Fair Labor Standards Act and marshaled labor's instrumental role in producing our country's tools of victory during World War II.