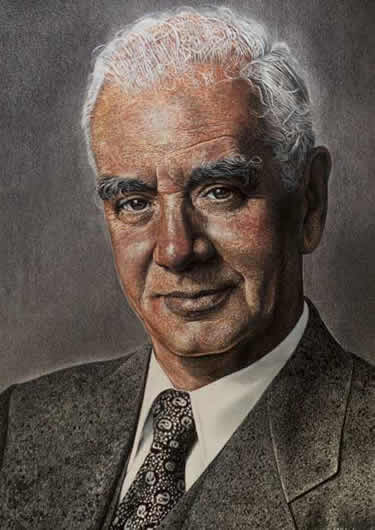 "Unions are created to make living conditions just a little better than they were before they were created, and the union that does not manifest that kind of interest in human beings cannot endure."

A thoughtful advocate of the needs and aspirations of working men and women, Philip Murray constantly emphasized the obligation of American trade unions to serve their membership honestly, effectively and steadfastly. From the coal mines of Pennsylvania, as a young immigrant from Scotland, he rose through the ranks of the United Mine Workers of America into the leadership of the Congress of Industrial Organizations and the United Steel Workers of America. During the tense years of World War II and the turbulent post-war period, he won affection and respect for his great talents as a negotiator and as an inspiring and patriotic leader of industrial unions.