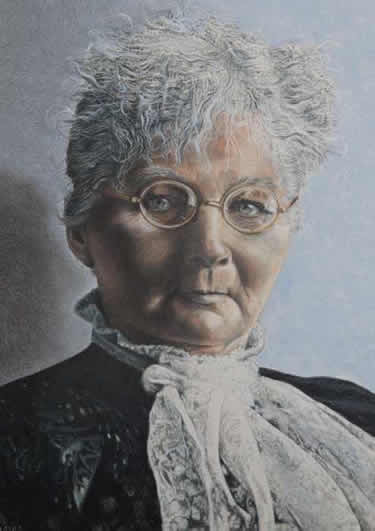 "Pray for the dead and fight like hell for the living."

Irish-born Mother Jones was a champion of the country's weakest and neediest during the period of America's great industrial growth. For countless workers she was both goad and inspiration in their struggles to organize for mutual protection. Her flaming rhetoric and fearless campaigning helped swell the ranks of the United Mine Workers, who called her the Miners' Angel. With the look of an angel and the tongue of a mule skinner, she tramped the land, venting her searing invective against the shame of child labor and worker exploitation. A magnificent scold, she was a ringing voice on behalf of miners' colossal struggles in West Virginia, Colorado and Pennsylvania. Jones suffered imprisonment, personal attacks and unbelievable hardships for her efforts to ease impoverished lives.