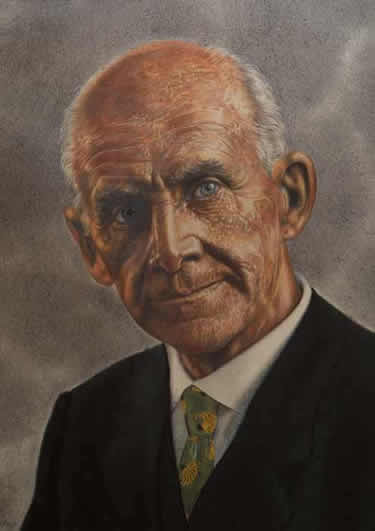 "Years ago, I recognized my kinship with all living things, and I made up my mind that I was not one bit better than the meanest on earth... While there is a lower class, I am in it, while there is a criminal element, I am of it, and while there is a soul in prison, I am not free..."

Labor leader, radical, Socialist, presidential candidate: Eugene Victor Debs was a homegrown American original. He formed the American Railway Union, led the Pullman strike of the 1890s in which he was jailed and emerged a dedicated Socialist. An idealistic, impassioned fighter for economic and social justice, he was brilliant, eloquent and eminently human. As a "radical" he fought for women's suffrage, workmen's compensation, pensions and Social Security  all commonplace today. Five times the Socialist candidate for president, his last campaign was run from federal prison where he garnered almost a million votes.