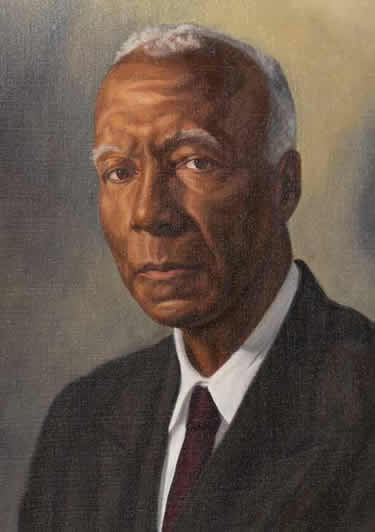 "Freedom is never granted: It is won. Justice is never given: It is exacted. Freedom and justice must be struggled for by the oppressed of all lands and races..."

Acknowledged as the greatest black labor leader in American history, A. Philip Randolph founded the Brotherhood of Sleeping Car Porters and was a pioneer in advancing racial equality within the labor movement. He was at the forefront of campaigns to improve wages and working conditions for black and white alike. As a long-time crusader for civil rights, he persuaded President Roosevelt to order an end to discrimination in war industries and President Truman to ban discrimination in federal employment and the armed services. As the chairman of the 1963 March on Washington, he fought for the oppressed of all races with a strict adherence to democratic principles.