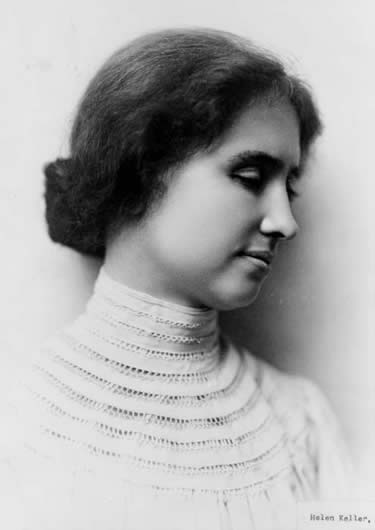 Helen Keller contracted a disease at 19 months of age that left her blind and deaf. She became the first deaf and blind person to graduate from Radcliffe College with a Bachelor of Arts degree. She became a speaker, author and advocate for people with disabilities. Keller aided the foundation of the American Civil Liberties Union and was a workers' advocate. She joined the Industrial Workers of the World (known as the Wobblies or IWW) and wrote against the industrial and social conditions that often contributed to blindness. In 1964, President Lyndon Johnson awarded her the Presidential Medal of Freedom.