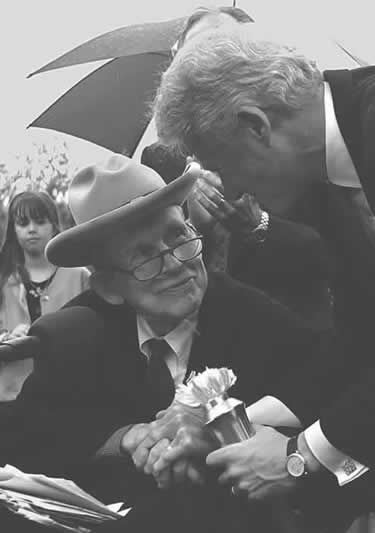 Justin Whitlock Dart, Jr. attended the University of Houston where he organized the first student group to oppose racism. After graduation, he founded three successful corporations. In 1967, he left the business world to work full time in support of the rights of people with disabilities. After serving on several state and federal disability commissions, President George H. W. Bush appointed Dart as chairman of the President's Committee on Employment of People with Disabilities. Dart worked tirelessly to promote the Americans with Disabilities Act, which was signed into law in 1990. In 1998, Dart received the Presidential Medal of Freedom.