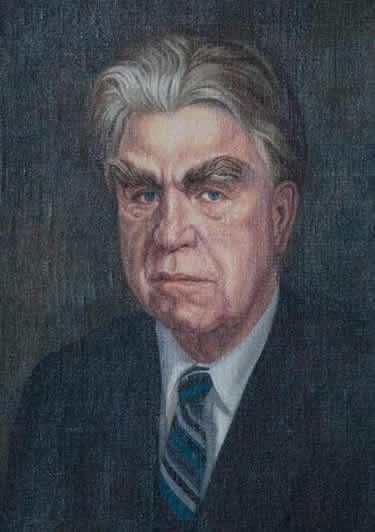 "I have pleaded (labor's) case, not in the quavering tones of a feeble mendicant asking alms, but in the thundering voice of the captain of a mighty host, demanding the rights to which free men are entitled."

John L. Lewis was an eloquent spokesman for working people throughout the United States. As president of the United Mine Workers for more than four decades, he won for his members the highest wages of any of the major industries of the period, as well as one of the first employer-paid health and retirement systems. A proponent of industrial unionism, he revitalized the U.S. labor movement in the 1930s with the formation of the Congress of Industrial Organizations, bringing hundreds of thousands of workers into the new CIO.