Letters from the President, Woodrow Wilson — to the Secretary of Labor, W.B. Wilson 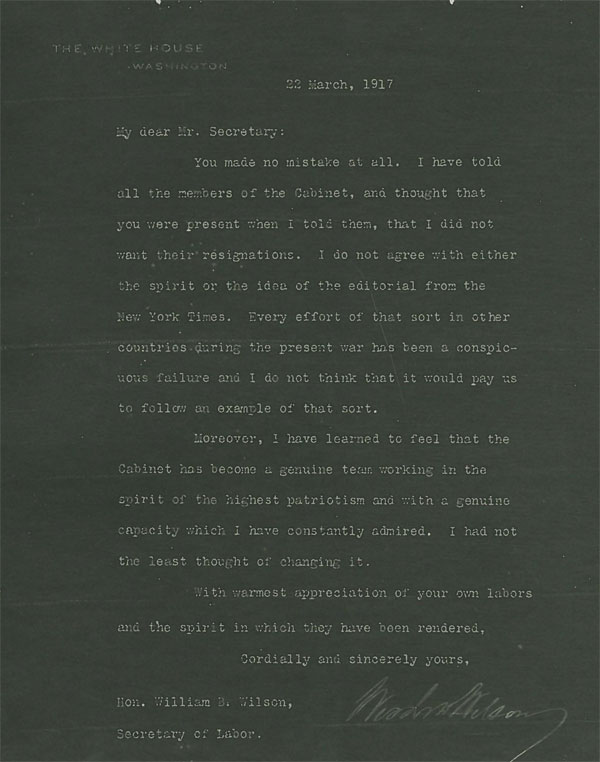 You made no mistake at all. I have told all the members of the Cabinet , and thought that you were present when I told them, that I did not want their resignations. I do not agree with either the spirit or the idea of the editorial from the New York Times. Every effort of that sort in other countries during the present war has been a conspicuous failure and I do not think that it would pay us to follow an example of that sort.

Moreover, I have learned to feel that the Cabinet has become a genuine team working in the spirit of the highest patriotism and with a genuine capacity which I have constantly admired. I had not the least thought of changing it.

With warmest appreciation of your own labors and the spirit in which they have been rendered,

Cordially and sincerely yours,