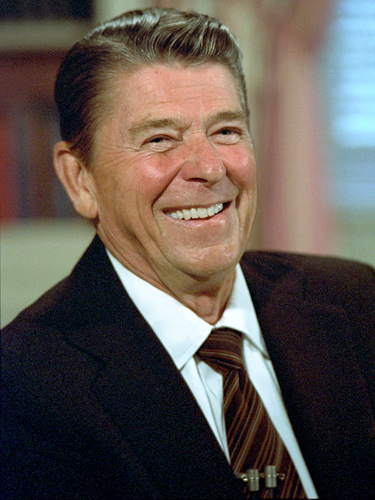 "America depends on the work of labor, and the economy we build should reward and encourage that labor as our hope for the future."

For seven terms, Ronald Reagan served as president of the Screen Actors Guild of America, where he negotiated groundbreaking contracts providing fair payments, health insurance, and pension benefits to members.

Throughout his career, President Reagan worked to expand freedom for Americans and for those living abroad under repressive communist regimes that curbed the right to belong to a free trade union.

President Reagan’s enduring dream was one of Americans living in harmony in a “shining city on a hill.” His legacy is one of hard work, spreading liberty, and principled leadership.