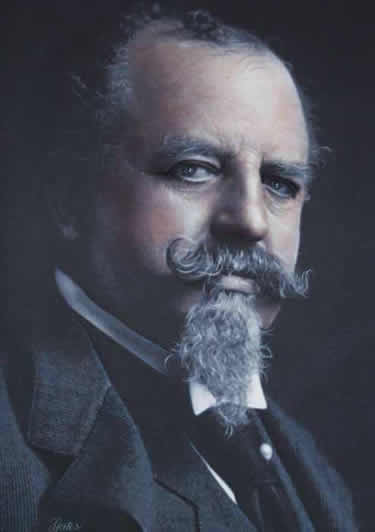 "My principle is that a man must love his business in order to make a success of it, and if he does not do this, he is not worthy of it and is bound to go under."

German-born Adolphus Busch had his first taste of the beer industry while employed at a wholesale supply house in St. Louis, Missouri. He spent years studying the art of brewing. In 1864, he went to work for a brewery owned by Eberhard Anheuser. Busch opened up new markets and was the first American brewer to introduce pasteurization in the 1870s, which allowed beer to be bottled and shipped to new markets for home consumption. He also introduced artificial refrigeration and refrigerated rail cars, allowing the company to develop a national system of beer distribution. Busch developed a light-colored lager, called Budweiser, which became the best-selling beer in the world. By the turn of the century, Anheuser-Busch Brewing Association was the industry's top-selling brewer. Busch continued as its president for 33 years until his death in 1913.