Please note: As of January 20, 2017, information in some news releases may be out of date or not reflect current policies.

WASHINGTON — Carol Pier, deputy undersecretary for the U.S. Department of Labor's Bureau of International Labor Affairs, today announced Isidro León-York of Nicaragua as the recipient of the department's 2013 Iqbal Masih Award for the Elimination of Child Labor. U.S. Ambassador to Nicaragua Phyllis M. Powers presented the award to Mr. León-York at a ceremony today in Managua. 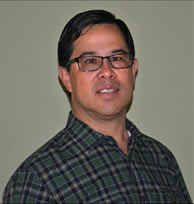 Mr. Isidro Len-York, a Nicaraguan coffee producer, is the recipient of the 2013 Iqbal Masih Award for the Elimination of Child Labor by the U.S. Department of Labor.

U.S. Secretary of Labor Thomas E. Perez selected León-York in recognition of his efforts to eliminate child labor from the production of coffee, which includes the prohibition of child labor on his own coffee farm that employs over 760 workers. León-York uses a portion of his farm's profits to fund a school for the children of workers there and has committed to provide his workers and their families with decent wages, food and health care. He is also helping expand a public-private partnership called Educational Bridges, which provides education to children of coffee workers and prevents child labor during the coffee harvests.

León-York has been a prominent advocate for child labor reduction efforts in Nicaragua's coffee sector, supporting a network of coffee growers and seeking to gain commitments from other coffee plantation owners to eliminate the use of child labor in the sector. León-York is the first award recipient to come from the private sector.

In announcing the award, Pier said, "Every day, millions of children around the world toil under dangerous and exploitative conditions, producing agricultural goods for the marketplace. Isidro León-York exemplifies the positive role that the private sector can play combatting harmful child labor. This award is a tribute to all those private-sector leaders, who like Mr. León-York, have embraced this role as a better way of doing business."

Congress established the Iqbal Masih Award for the Elimination of Child Labor in 2009 to recognize exceptional efforts by an individual, company, organization or national government to end the worst forms of child labor.

This non-monetary award honors the spirit of Iqbal Masih, a Pakistani child sold into bonded labor as a carpet weaver at age four. He escaped his servitude and became an outspoken advocate for children's rights, drawing international attention in his fight against child labor. Masih was killed in Pakistan at age 12 in 1995.

Since 1995, the Labor Department has supported global efforts to combat exploitative child labor internationally. For more information about this work and the Iqbal Masih Award, visit http://www.dol.gov/ilab/.