From Protocol to Practice: A Bridge to Global Action on Forced Labor (The Bridge Project) 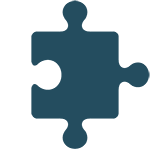 There are an estimated 24.9 million men, women, and children in forced labor. They are trafficked, held in debt bondage, or work under slavery-like conditions. The COVID-19 pandemic has made countering forced labor even more challenging. Vulnerable people who have lost their jobs in the informal economy are at greater risk of falling into forced labor.

In June 2014, governments, employers, and workers overwhelmingly supported the adoption, during the ILO International Labor Conference, of the new ILO Protocol of 2014 to the Forced Labor Convention, 1930 and the Recommendation on supplementary measures for the effective suppression of forced labor. If widely ratified and implemented by ILO member countries, the Protocol and Recommendation will be a catalyst for achieving the vision of a world without forced labor.

The project seeks to effectively eliminate traditional and state-imposed forced labor systems and to significantly reduce contemporary forms of forced labor, which are often linked to human trafficking. The project will do this by: