On April 28, 2021, before the 2020 Tip final rule became effective, the Department announced a final rule delaying the effective date of three portions of the 2020 Tip final rule for 8 months, until December 31, 2021. These three delayed portions are related to the assessment of civil money penalties (CMPs) under the FLSA and the application of the FLSA tip credit to tipped employees who perform tipped and non-tipped duties (dual jobs). See 86 FR 22597. The remainder of the 2020 Tip final rule—consisting of those portions addressing the keeping of tips and tip pooling, recordkeeping, and minor technical changes made to update the regulations to reflect the new statutory language and citations added by the CAA amendments—became effective on April 30, 2021.

This delay allowed the Department time to complete a notice of proposed rulemaking (CMP NPRM) which, among other things, proposed to withdraw and repropose the two portions of the 2020 Tip final rule related to the assessment of CMPs. See 86 FR 15817. The comment period on the CMP NPRM closed on May 24, 2021.

On June 21, 2021, the Department announced a separate rulemaking titled, “Tip Regulations Under the Fair Labor Standards Act (FLSA); Dual Jobs,” proposing to revise the portion of the 2020 Tip final rule addressing the application of the FLSA’s tip credit provision to tipped employees who perform both tipped and non-tipped duties. (See 86 FR 32818).

The Department invites public comments on this Dual Jobs NPRM for sixty (60) days following publication in the Federal Register on June 23, 2021. To comment on this NPRM, visit www.regulations.gov. The comment period closed at 11:59pm ET on August 23, 2021. Anyone who submits a comment (including duplicate comments) should understand and expect that the comment, including any personal information provided, will become a matter of public record and will be posted without change to www.regulations.gov. WHD posts comments gathered and submitted by a third-party organization as a group under a single document ID number on www.regulations.gov. 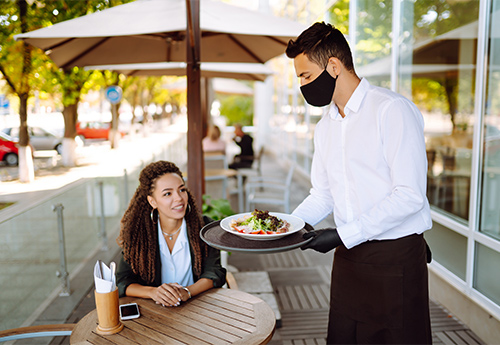 On December 22, 2020, the Department of Labor announced a final rule revising its tipped employee regulations to address amendments made to section 3(m) of the Fair Labor Standards Act (FLSA) by the Consolidated Appropriations Act of 2018 (CAA). That amendment prohibits employers from keeping tips received by their employees, regardless of whether the employer takes a tip credit. It also prohibits employers from allowing managers or supervisors to keep any portion of employee’s tips. In addition, the final rule codifies the Department’s guidance regarding the tip credit—how that credit applies to employees who perform tipped and non-tipped duties and which non-tipped duties are related to a tip-producing occupation.

The CAA did not affect longstanding regulations that apply to employers that take a tip credit under the FLSA. For example, employers that claim a tip credit must ensure that a mandatory “traditional” tip pool includes only workers who customarily and regularly receive tips. This means, for example, that employees such as cooks or dishwashers cannot be part of such a tip pool. However, the CAA removed the regulatory restrictions on an employer’s ability to require tip pooling when it does not take a tip credit; those employers may now implement mandatory, “nontraditional” tip pools, which may include employees such as cooks and dishwashers.

In this final rule, the Department: