VETS provides assistance to those experiencing service connected problems with their civilian employment and provides information about USERRA to employers. VETS also assists veterans who have questions regarding Veterans' Preference.
For more information and to determine whether your USERRA rights have been violated, please visit the USERRA Advisor.

On September 29, 2022, President Biden signed S. 2293 the “Civilian Reservist Emergency Workforce Act of 2021” or the “CREW Act,” into law. The “CREW Act” extends employment protections under the Uniformed Services Employment and Reemployment Rights Act (USERRA) to Federal Emergency Management Agency (FEMA) reservists who deploy to major disaster sites. For questions or technical assistance with respect to the “CREW Act,” the U.S. Department of Defense Employer Support of the Guard and Reserve (ESGR) and VETS staff are available to assist.

Know Your USERRA Rights and Obligations During COVID-19 Crisis [PDF] 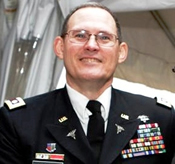 Army Reserve Soldier Scott Harrison spent years planning and supporting global military operations in Kuwait, Afghanistan and Iraq. As a reservist, he achieved the rank of colonel in the Army. In Florida, the company Harrison worked for failed to provide him with promotions and raises for a variety of reasons.

After trying to collaborate with the company to recapture the raises and promotions, Harrison filed a claim with the department under the Uniformed Services Employment and Reemployment Rights Act. USERRA mandates that returning service members must be promptly re-employed in the same position that they would have attained had they not been absent for military service, with the same seniority, status and pay. An investigator from the department's Veterans' Employment and Training Service collects and reviews evidence and conducts witness interviews in order to obtain a resolution. Harrison's company settled the claim after a review. He has been promoted and paid $96,000 in lost wages. Harrison said, "The Department of Labor was able to advocate on my behalf and get results I could not get on my own." 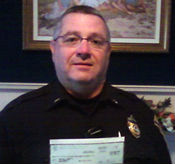 Law enforcement officer Brian Benvie received a promotion, retroactive seniority and back pay through his claims filed with the Veterans' Employment and Training Service under the Uniformed Services Employment and Reemployment Act. Benvie, an Army reservist who has served deployments in Kosovo, Iraq and Kuwait, first missed taking promotional exams for sergeant and lieutenant at the Brockton, Mass., police force due to active military duty. When he eventually took the exam, he found others were promoted ahead of him even though he scored better. Compounding the situation, his time in grade for promotions was miscalculated.

Benvie filed complaints under USERRA and received swift help from VETS staff in the national office and the regional office in Atlanta. "They were a big help because they took my case," Benvie said. VETS eventually referred the case to the Department of Justice, which reached a settlement with the City of Brockton that included more than $32,000 in back pay. Benvie said the positive outcomes on promotion, seniority and pay through USERRA "will have ramifications for the rest of my life."

READ MORE STORIES
Back to Top

The USERRA annual report to Congress is released each year and includes updates and program information from the preceding fiscal year.