To enable all veterans, transitioning service members, and military spouses to reach their full potential in the workplace. 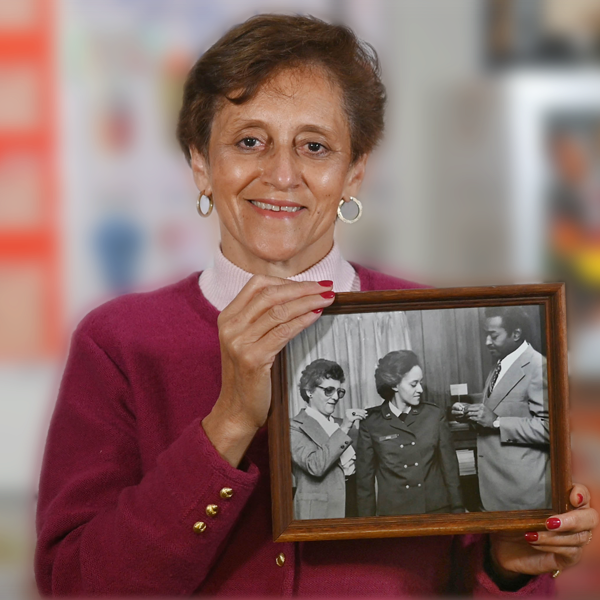 About Our Hero Image

Florence Cruz, a retired Air Force lieutenant colonel, holds a photo of her parents, both of whom were federal civilians at Hanscom Air Force Base, Massachusetts, pinning on her new rank during a promotion ceremony from her time as a military member in the nursing career field.

Cruz served from March 1980 to October 1999 and continued her civilian career as a disease management nurse and patient educator responsible for teaching patients how to manage chronic diseases such as diabetes, hypertension, asthma and others.​

She is one of many veterans that has served as a civilian on the installation. (U.S. Air Force photo by Todd Maki)​