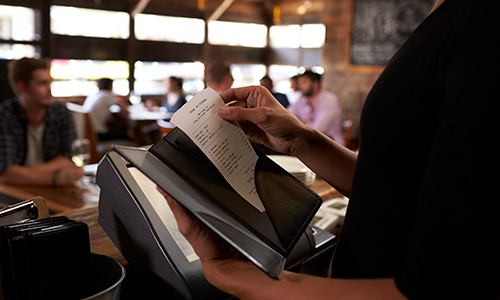 The U.S. Department of Labor (DOL) announced a proposed rule for tip provisions of the Fair Labor Standards Act (FLSA) implementing provisions of the Consolidated Appropriations Act of 2018 (CAA). The proposal would also codify existing Wage and Hour Division (WHD) guidance into a rule.

The CAA prohibits employers from keeping employees’ tips. During the development of those provisions, the Department provided technical assistance to Members of Congress. DOL’s proposed rule would allow employers who do not take a tip credit to establish a tip pool to be shared between workers who receive tips and are paid the full minimum wage and employees that do not traditionally receive tips, such as dishwashers and cooks.

In this Notice of Proposed Rulemaking (NPRM), the Department proposes to:

This NPRM will be available for review and public comment for 60 days. The Department encourages interested parties to submit comments on the proposed rule.The Department’s current NPRM publishes on October 8, 2019. Anyone who submits a comment (including duplicate comments) should understand and expect that the comment, including any personal information provided, will become a matter of public record and will be posted without change to www.regulations.gov .

Note: On December 9, 2019, the Department announced an extension to the period for submitting written comments on the Notice of Proposed Rulemaking (NPRM) entitled “Tip Regulations Under the Fair Labor Standards Act (FLSA).” The comment period now ends on December 11, 2019. The Department is taking this action to provide interested parties additional time to submit comments in response to an outage causing most web browsers to refuse access to www.regulations.gov for a period of time.