In May 2020, OWCP's Longshore program adopted a single phone number to reach the national office and any suboffice in the Eastern, Western and Southern compensation districts.

To reach the assigned claims examiner, you must have the injured worker's OWCP case number OR their date of birth and social security number.

Upload documents for existing cases through the SEAPortal at

To create a new case, fill out:

Note: Only use the fax number for new cases, not existing cases.

In April 2020, OWCP's Longshore program consolidated its offices into one of three compensation districts: Eastern, Western and Southern. These districts have jurisdiction over cases under the Longshore and Harbor Worker's Compensation Act (LHWCA) and its extensions. 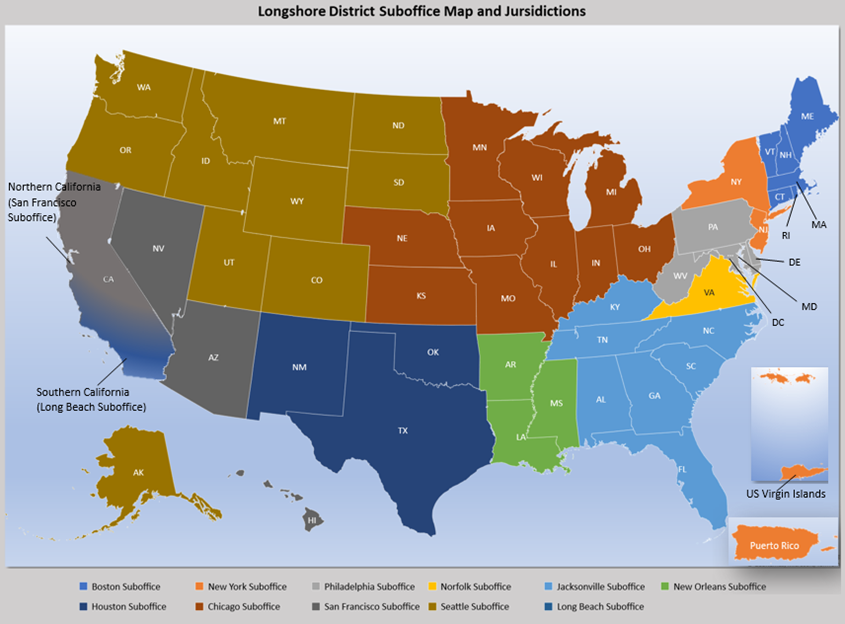