The Department of Labor’s

Shining a Light on Exploitation in the Solar Supply Chain

Solar power is critical to achieving a green future, but there is extensive evidence of labor abuse across much of the solar supply chain. Nearly half of the world’s polysilicon, a key material used to produce solar panels, comes from the Xinjiang Uyghur Autonomous Region (XUAR or Xinjiang), a region of China where members of ethnic and religious minority groups are forced by the government to work against their will. How does forced labor find its way into solar power?

What are solar panels
made from?

Polysilicon is the most common material used to produce solar panels. Polysilicon is derived from quartz sandstone that is mined and then crushed, heated, and chemically refined. The refined polysilicon is then turned into ingots and photovoltaic wafers that are used to manufacture solar cells and panels.

It is estimated that up to 45% of the world’s supply of solar-grade polysilicon comes from Xinjiang. 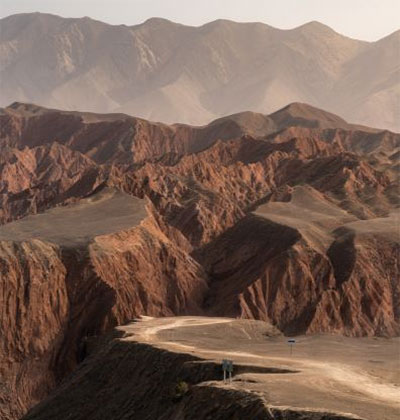 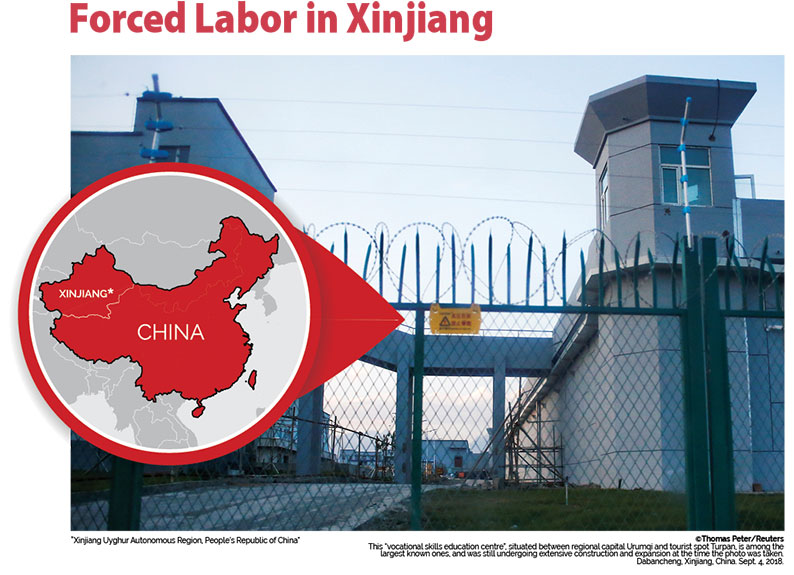 Photo Credit: © Thomas Peter/Reuters. A perimeter fence is constructed around what is officially known as a vocational skills education center in Dabancheng.

There are widespread and credible reports documenting imprisonment, torture, rape, forced sterilization, persecution, forced labor, and restrictions on freedom of religion or belief, freedom of expression, and freedom of movement of members of these minority groups.

It is believed that more than one million Uyghurs and members of other ethnic and religious minority groups have been arbitrarily detained in internment camps, which are called “educational” or “vocational” training centers by the Chinese state. Many detained individuals are then sent to external manufacturing sites near the camps or in other provinces and subjected to forced labor, producing goods such as textiles, tomato products, and polysilicon.

The Chinese government also sends some members of minority communities to other areas within Xinjiang as part of a “poverty alleviation” program to exploit them for forced labor.

This labor is not voluntary because these minority groups are under constant surveillance and threat of internment if they don’t comply with government orders. Companies operating in Xinjiang are offered government subsidies to use the labor of ethnic minority groups.

Between April 1, 2019, and March 31, 2020, China transferred more than 80,000 detainees into forced labor in up to 19 other provinces. Moreover, an official Chinese Government report states that 2.6 million minority citizens had been placed in state-sponsored "surplus labor" programs across China. 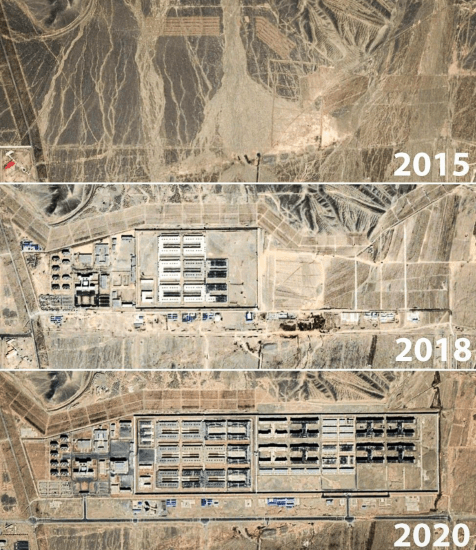 Photo description: © Google; Satellite images show rapid construction of camps in Xinjiang, like this one near Dabancheng.

Forced labor is defined as:

All work or service which is exacted from any person under the menace of any penalty and for which the said person has not offered [themselves] voluntarily.

In addition to the fundamental ILO Conventions 29 and 105 that establish basic principles in support of the elimination of all forms of forced or compulsory labor, the ILO has identified 11 indicators of forced labor. These indicators are workplace conditions that are often associated with forced labor.

There are credible reports that factories—including those that produce polysilicon and certain solar products—have engaged in coercive recruitment; intimidation and threats; limited workers’ freedom of movement and communication; subjected workers to constant surveillance, retribution for religious beliefs, and exclusion from community and social life; and threatened workers’ family members.

In Xinjiang and other provinces, detained Uyghurs and other minorities are subjected to the following practices, which are all indicators of forced labor:

Labor transfers of minority workers are undertaken involuntarily as a result of pervasive government intimidation and threats. Workers cannot decline employment without threats of penalties, such as detention and indoctrination.

The persecution of members of ethnic minority groups in Xinjiang makes them vulnerable to forced labor and abuse. Members of minority groups are often transferred from internment camps to factories or are subject to threats of imprisonment, making these persecuted minorities dependent on their employers for safety.

Workers perform duties in internment camps and fenced-in factories with surveillance and guards and are not allowed to freely leave their worksites or dormitories. Workers are subjected to constant surveillance, are required to report their movements, and are monitored by security personnel and digital surveillance tools. Moreover, workers have limited or no communication with family members.

Workers from Uyghur and ethnic and religious minority groups are segregated from other workers at factories and dormitories in and outside Xinjiang.

Many workers are required to attend “patriotic education,” Mandarin language classes, and “vocational training,” often after working factory shifts that include full days of work activities.

The Chinese government has confiscated passports and other identity documents, preventing Uyghurs and members of other ethnic and religious minority groups from leaving their workplaces and the country.

Workers are subject to political, cultural, and ideological indoctrination and military-style management within factories. 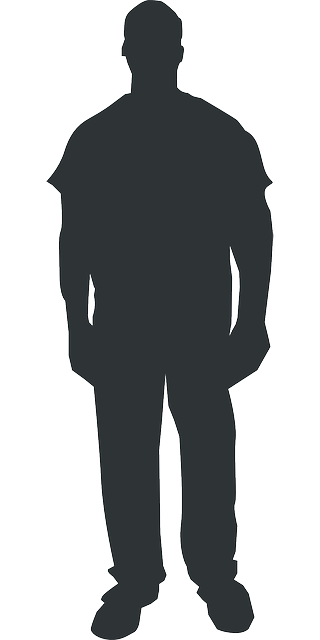 Personal testimonies of former internment camp detainees, such as Erbaqyt Otarbai, demonstrate that Chinese authorities are systemically repressing, detaining, and forcing Uyghurs and members of other ethnic and religious minority groups to work in conditions of forced labor.

Erbaqyt Otarbai was forcibly imprisoned due to his religious activity. He was regularly beaten, kept in poor and overcrowded conditions, and was required to attend indoctrination classes. He was later mandated to work in a children's clothing factory.

Polysilicon is only one of the many products produced with forced labor in Xinjiang, China.

Through our research, the U.S. Department of Labor has determined that forced labor from Uyghurs and members of other ethnic and religious minority groups is used to produce the following goods in China:

These products make their way around the world, are sometimes incorporated into other goods, and end up on the shelves of American businesses and in the homes of American consumers. 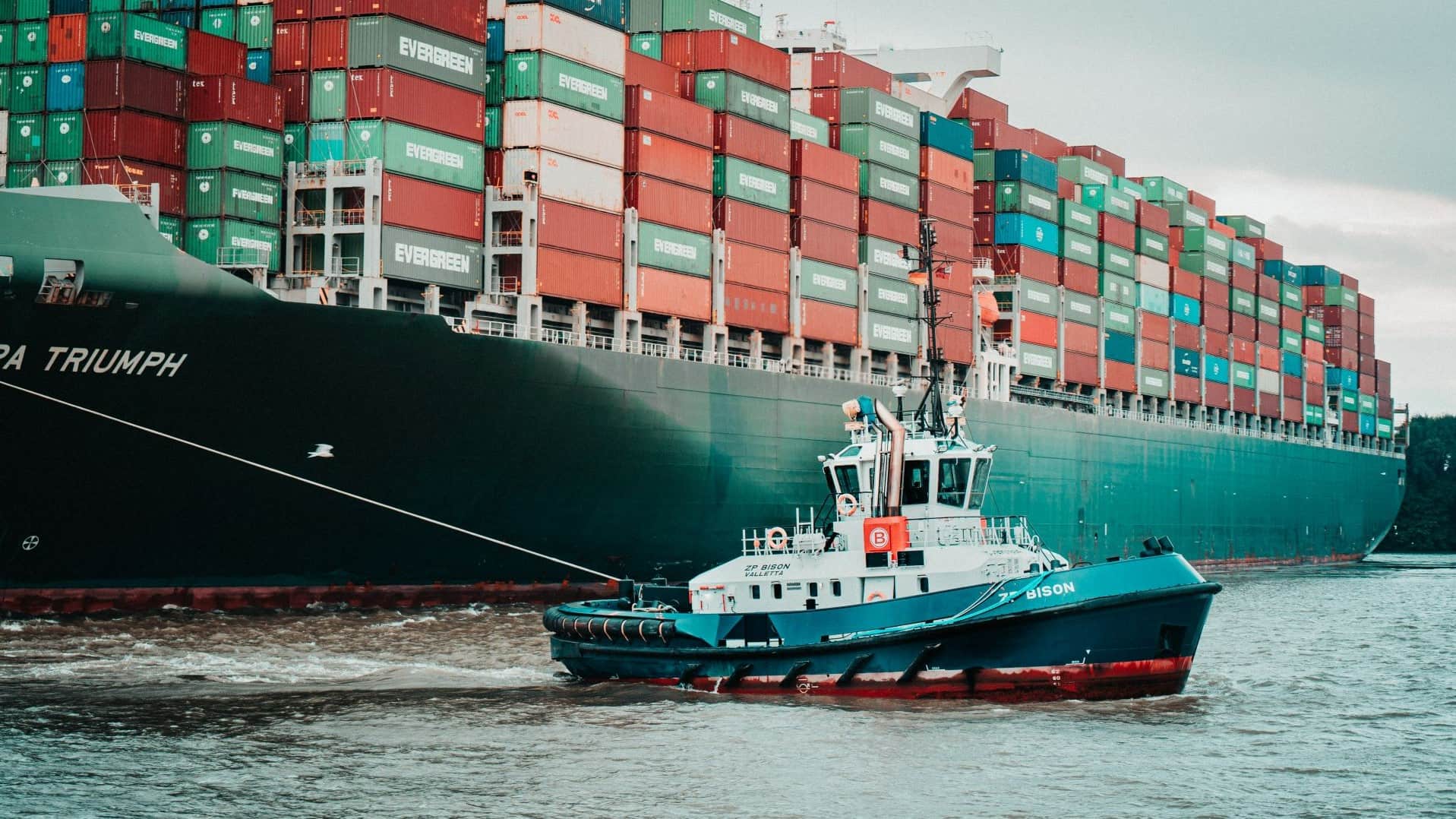 For example, polysilicon is used to produce the main components that make up solar panels. Polysilicon is shaped into ingots, then sliced into razor-thin wafers, which then become solar cells that end up assembled as panels.

The Department of Labor has added these downstream goods, which include photovoltaic ingots, photovoltaic wafers, solar cells, and solar modules, to its List of Goods Produced by Child Labor or Forced Labor.

Read more about these goods here

Polysilicon and its downstream products are produced in Xinjiang and elsewhere in China and are shipped to destinations around the world.

About 45% of the world’s polysilicon comes from Xinjiang, where it is regularly produced with forced labor.

While some of these imports enter the U.S. directly from China, a much larger proportion enters the U.S. indirectly through Southeast Asian countries. Many solar manufacturers operating across Southeast Asia have suppliers based in China and many are subsidiaries of Chinese companies. Data from UN Comtrade shows that in 2020, eight countries each imported more than $1 billion in solar cells and panels from China. In total, Chinese-manufactured solar cells and modules imported by other countries accounted for over $24 billion, representing 42% of global imports of these goods in 2020.1 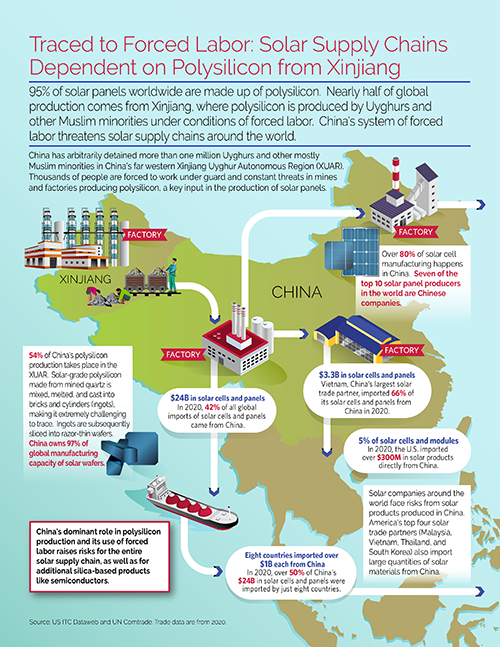 Solar power is critical to securing a green-energy future.

The U.S. Government, companies, consumers, and civil society organizations are working to prevent solar panels and other solar materials tainted with forced labor from Xinjiang from making their way to the United States to secure a solar supply chain free from labor exploitation.

The U.S. Government is taking action to inform the public and put an end to these exploitative practices.

Uyghur Forced Labor Prevention Act: The Uyghur Forced Labor Prevention Act (UFLPA) went into effect on June 21, 2022. This groundbreaking law, which underscores the United States’ commitment to combating forced labor, gives the U.S. Government new tools to prevent goods made with forced labor in China from entering U.S. markets and further promote accountability for persons and entities responsible for these abuses. Polysilicon is designated as a high-priority sector for enforcement. As part of the law, any entity importing goods that are produced in whole or in part in Xinjiang or by businesses on the UFLPA Entity List into the U.S. must prove that their goods are not tainted by forced labor.

Under the Uyghur Forced Labor Prevention Act, the U.S. Government has established a comprehensive strategy to prevent goods produced with forced labor from Uyghurs and members of other ethnic and religious minority groups in China from entering the U.S.

The U.S. Government is also undertaking efforts to address forced labor and other human rights violations such as:

Companies have a responsibility.

The Uyghur Forced Labor Prevention Act presumes that all goods manufactured in Xinjiang or with inputs from Xinjiang are made with forced labor. This presumption also extends to certain entities outside of Xinjiang linked to forced labor of Uyghurs and other ethnic and religious minorities. Companies should conduct due diligence throughout their supply chains and may reference the guidance for importers outlined by the U.S. Government as part of the UFLPA Strategy and the Operational Guidance released by U.S. Customs and Border Protection. Importers who want to import these goods must demonstrate that goods were not produced with forced labor and that they have complied with the guidance for importers in the UFLPA Strategy.

Companies can also consult additional U.S. Government resources, such as: 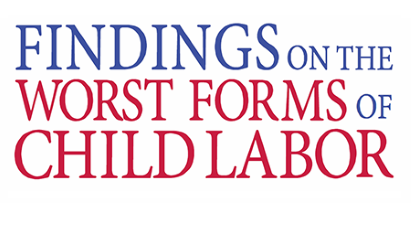 Focusing on the efforts of certain U.S. trade beneficiary countries and territories to eliminate the worst forms of child labor through legislation, enforcement mechanisms, policies and social programs. 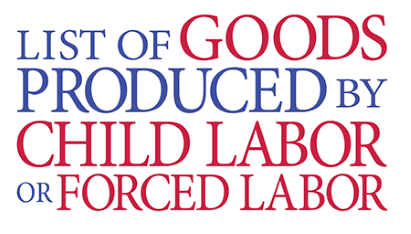 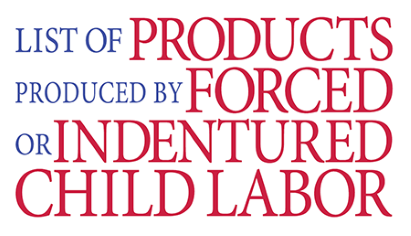 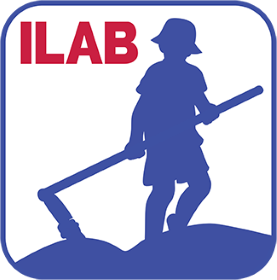 Sweat & Toil: Child Labor, Forced Labor, and Human Trafficking Around the World is a comprehensive resource developed by ILAB documenting child labor and forced labor worldwide. Data and research in this app are taken from ILAB's three flagship reports. This app fits these three information-packed reports the size of a phone book in the palm of your hand. 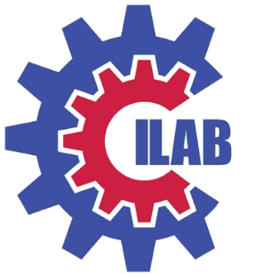 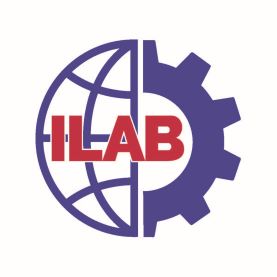