History of EBSA and ERISA

The provisions of Title I of ERISA, which are administered by the U.S. Department of Labor, were enacted to address public concern that funds of private pension plans were being mismanaged and abused. ERISA was the culmination of a long line of legislation concerned with the labor and tax aspects of employee benefit plans. Since its enactment in 1974, ERISA has been amended to meet the changing retirement and health care needs of employees and their families. The role of EBSA has also evolved to meet these challenges.

As a result of the enactment of the Federal Employees' Retirement System Act of 1986 (FERSA), EBSA has fiduciary and auditing oversight of the Thrift Savings Plan that was established by this Act.

Initially, the IRS was the primary regulator of private pension plans. The Revenue Acts of 1921 and 1926 allowed employers to deduct pension contributions from corporate income, and allowed for the income of the pension fund's portfolio to accumulate tax free. The participant in the plan realized no income until monies were distributed to the participant, provided the plan was tax qualified. To qualify for such favorable tax treatment, the plans had to meet certain minimum employee coverage and employer contribution requirements. The Revenue Act of 1942 provided stricter participation requirements and, for the first time, disclosure requirements.

The U.S. Department of Labor became involved in the regulation of employee benefits plans upon passage of the Welfare and Pension Plans Disclosure Act in 1959 (WPPDA). Plan sponsors (e.g., employers and labor unions) were required to file plan descriptions and annual financial reports with the government; these materials were also available to plan participants and beneficiaries. This legislation was intended to provide employees with enough information regarding plans so that they could monitor their plans to prevent mismanagement and abuse of plan funds. The WPPDA was amended in 1962, at which time the Secretary of Labor was given enforcement, interpretative, and investigatory powers over employee benefit plans to prevent mismanagement and abuse of plan funds. Compared to ERISA, the WPPDA had a very limited scope.

The goal of Title I of ERISA is to protect the interests of participants and their beneficiaries in employee benefit plans. Among other things, ERISA requires that sponsors of private employee benefit plans provide participants and beneficiaries with adequate information regarding their plans. Also, those individuals who manage plans (and other fiduciaries) must meet certain standards of conduct, derived from the common law of trusts and made applicable (with certain modifications) to all fiduciaries. The law also contains detailed provisions for reporting to the government and disclosure to participants. Furthermore, there are civil enforcement provisions aimed at assuring that plan funds are protected and that participants who qualify receive their benefits.

ERISA covers retirement plans (including traditional defined benefit pension plans and individual account plans such as 401(k) plans) and welfare benefit plans (e.g., employment based medical and hospitalization benefits, apprenticeship plans, and other plans described in section 3(1) of Title I). Plan sponsors must design and administer their plans in accordance with ERISA. Title II of ERISA contains standards that must be met by employee retirement benefit plans in order to qualify for favorable tax treatment. Noncompliance with these tax qualification requirements of ERISA may result in disqualification of a plan and/or other penalties.

Important legislation has amended ERISA and increased the responsibilities of EBSA. For example, the Retirement Equity Act of 1984 reduced the maximum age that an employer may require for participation in a retirement plan; lengthened the period of time a participant could be absent from work without losing credit towards the plan's vesting rules for pre-break years of service; and created spousal rights to retirement benefits through qualified domestic relations orders (QDROs) in the event of divorce, and through pre-retirement survivor annuities. The Omnibus Budget Reconciliation Act of 1986 eliminated the ability of employers to limit participation in their retirement plans for new employees who are close to retirement and the ability to freeze benefits for participants over age 65. The Omnibus Budget Reconciliation Act of 1989 requires the Secretary of Labor to assess a civil penalty equal to 20% of any amount recovered for violations of fiduciary responsibility. The Pension Protection Act of 2006 made many changes to ERISA, including expanding the availability of fiduciary investment advice to participants in 401(k)-type plans and individual retirement accounts (IRAs), removing impediments to automatic enrollment through qualified default investment alternatives, and increasing the transparency of pension plan funding through new notice requirements.

The department's responsibilities under ERISA have also been expanded by health care legislation. The Consolidated Omnibus Budget Reconciliation Act of 1985 (COBRA) added a new part 6 to Title I of ERISA which provides for the continuation of health care coverage for employees and their beneficiaries (for a limited period of time) if certain events would otherwise result in a reduction in benefits. The Health Insurance Portability and Accountability Act of 1996 (HIPAA) added a new Part 7 to Title I of ERISA aimed at making health care coverage more portable and secure for employees, and gave the department broad additional responsibilities with respect to private health plans. These responsibilities were increased further with the enactment of the Newborns' and Mothers' Health Protection Act of 1996, the Mental Health Parity Act of 1996, the Women's Health and Cancer Rights Act of 1998, the Genetic Information Nondiscrimination Act of 2008, the Mental Health Parity and Addiction Equity Act of 2008, and the Children's Health Insurance Program Reauthorization Act. Most recently, the 2010 passage of the Patient Protection and Affordable Care Act (ACA) brought widespread health care reform. In addition to the ACA's market reform provisions, significant changes impact dependent coverage, lifetime and annual benefit limits, coverage of preventative services, preexisting condition exclusions for minors, disclosures to plan participants, claims procedures and external review, and many other areas. The ACA also provided EBSA with additional enforcement authority to protect workers and employers whose health benefits are provided through Multiple Employer Welfare Arrangements. As the ACA phases in to full implementation in 2014, EBSA and the Department of Health and Human Services, the Department of the Treasury and the Internal Revenue Service will continue to work to issue guidance on the law's many provisions. 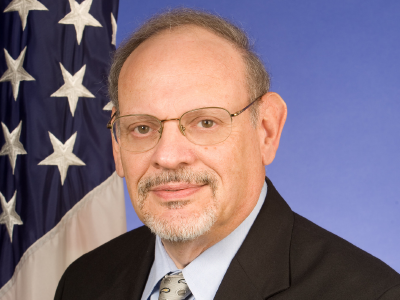 Alan was the first Deputy Assistant Secretary of EBSA and its preceding agencies. He spent nearly three decades of his 43-year federal career crafting and shaping the agency’s regulatory, compliance assistance, public outreach, education, and enforcement programs. When he retired in 2013, he left his influence on nearly every part of the agency.