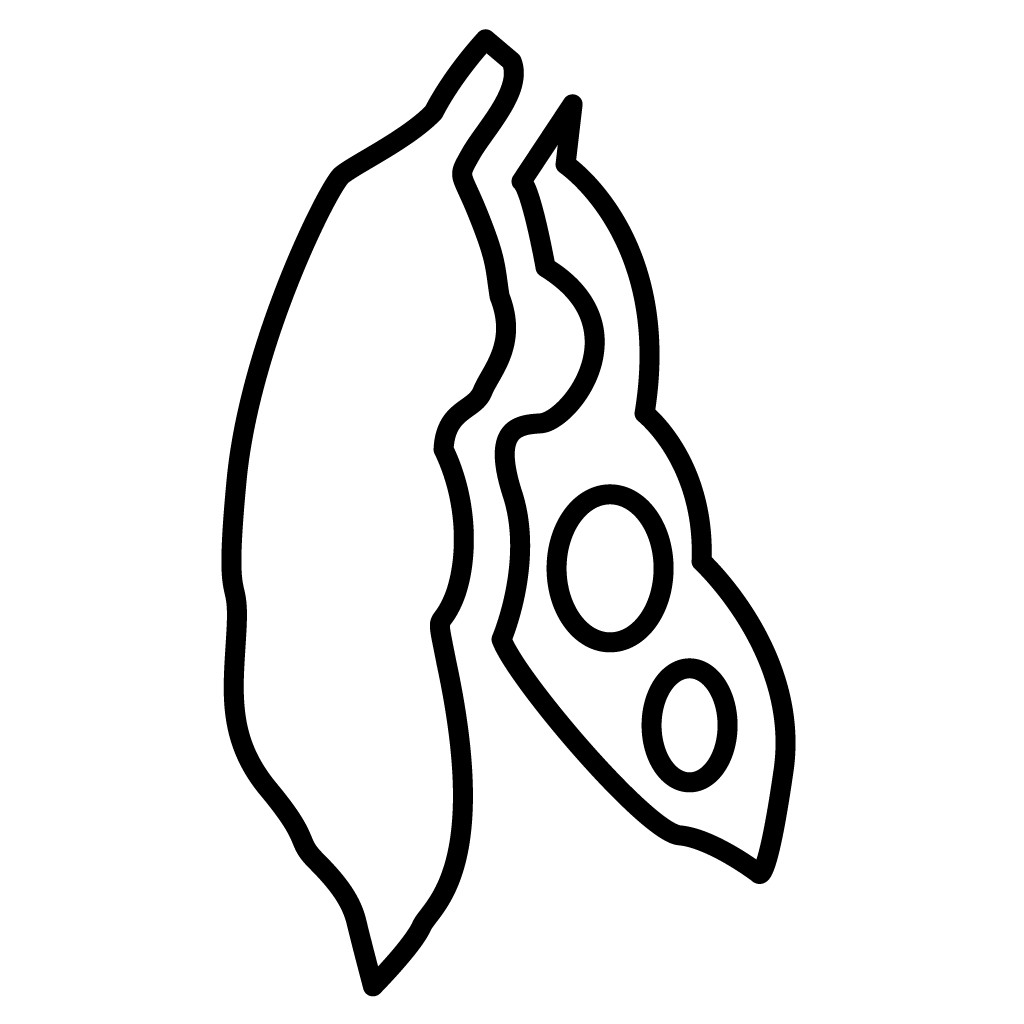 2018 Findings on the Worst Forms of Child Labor:
English
Spanish

In 2018, Paraguay made a significant advancement in efforts to eliminate the worst forms of child labor. Recently elected President Mario Abdo Benitez and the Paraguayan Congress upgraded the Secretariat of Adolescents and Children to a full ministry-level body, which allows greater access to high-level political decisions and its own budget. The Ministry of Labor, Employment and Social Security also opened a new regional office in Filadelfia (Chaco region), and the Ministry of Women's Affairs conducted training on human trafficking and avoiding victimization for 1,500 individuals in at-risk communities and high-risk industries. In addition, the National Commission to Prevent and Eradicate the Exploitation of Children updated its action plan for the 2018–2020 period and the government updated the National Strategy for the Prevention and Eradication of Child Labor and Protection of Working Adolescents for the 2018–2023 period. However, children in Paraguay are engaged in the worst forms of child labor, including in debt bondage in cattle raising, as well as domestic servitude, sometimes as a result of human trafficking. Limited funding for law enforcement agencies and social programs hampered the government’s ability to fully address the worst forms of child labor, particularly in rural areas.

I. Prevalence and Sectoral Distribution of Child Labor

Children in Paraguay engage in the worst forms of child labor, including in cattle raising and domestic servitude, sometimes as a result of human trafficking. (1-3) The 2011 National Survey of Child and Adolescent Activities found that 21 percent of all Paraguayan children were engaged in hazardous work. (4) The 2015 Survey of Activities of Rural Area Children and Adolescents, published in 2016, identified 384,677 children engaged in child labor in agriculture. (1) Table 1 provides key indicators on children's work and education in Paraguay.

Source for primary completion rate: Data from 2012, published by UNESCO Institute for Statistics, 2019. (5)
Source for all other data: International Labor Organization's analysis of statistics from Encuesta Permanente de Hogares, 2016. (6)

Based on a review of available information, Table 2 provides an overview of children's work by sector and activity.

Criadazgo, a practice in which middle-class and wealthy families informally employ and house child domestic workers from impoverished families, is pervasive in Paraguay; the 2011 National Survey of Child and Adolescent Activities estimated that more than 46,000 children were engaged in criadazgo. Many of these children are in situations of domestic servitude, subjected to violence and abuse, and highly vulnerable to sex trafficking. (2,4,11,17,30,31) Children are subjected to commercial sexual exploitation in Ciudad del Este; in the Tri-Border area between Paraguay, Argentina and Brazil; and along commercial shipping routes on the Paraguay River. (3,7,25,31) Children work alongside their parents in debt bondage on cattle ranches, dairy farms, and charcoal factories in the remote Chaco region. (3,7,8,24,25) Children shine shoes on the street and in government buildings, including the Supreme Court building.(8)

Children from rural and indigenous communities face difficulties accessing and completing their education, including language barriers and inadequate facilities and staff. (3,32,33) The 2011 National Survey of Child and Adolescent Activities indicated that children who speak Guaraní exclusively are more likely to be involved in child labor and have higher rates of school absence compared to other working children; poverty is pervasive in rural Paraguay, where Guaraní is the predominant language. (4,34) School buses or other forms of public transportation are limited in rural areas, and school infrastructure is often inadequate in rural and indigenous communities. The government has noted that girls from rural areas leave school at an earlier age than boys, and has estimated that more than 50 percent of children with disabilities could not attend school due to lack of access to public transportation. (7,8) Such challenges may leave these children more vulnerable to child labor. Approximately 13 percent of children engaged in child labor in agriculture do not attend school and 11.8 percent of working children ages 14 to 17 have not completed primary school. (1,35)

The government has established laws and regulations related to child labor (Table 4). However, gaps exist in Paraguay's legal framework to adequately protect children from the worst forms of child labor, including the lack of prohibition of child recruitment by non-state armed groups.

In 2018, President Abdo Benitez and the Paraguayan Congress upgraded the Secretariat of Adolescents and Children (SNNA) to a full ministry-level body, the Ministry of Adolescents and Children (MINNA), giving it greater access to high-level political discussions and its own budget. (3,31,52,53) As the minimum age for work is lower than the compulsory education age, children may be encouraged to leave school before the completion of compulsory education. (36,37)

The government has established institutional mechanisms for the enforcement of laws and regulations on child labor (Table 5). However, gaps exist within the operations of the Ministry of Labor, Employment and Social Security (MTESS) that may hinder adequate enforcement of their child labor laws.

In 2018, the MTESS, in cooperation with Project Okakuaa, opened a new regional office in Filadelfia, located in the Chaco region and developed a campaign (Chaco Paraguayo con Trabajo Decente) to inform the public about its opening and to promote decent working conditions. (3,52) The MTESS' General Directorate for the Protection of Children and Adolescents also created a Complaints and Follow-up Office, which is responsible for directing these types of requests to other areas within MTESS or to other relevant public agencies such as the anti-trafficking unit. (3)

Although Paraguay has ratified ILO C. 81, its labor inspectors are contractors rather than public officials and there are no inspectors dedicated solely to child labor issues. (3) Due to the instability of contract employment, the authority and training of these labor inspectors may be called into question. (55) The number of labor inspectors is likely insufficient for the size of Paraguay's workforce, which includes over 3 million workers. According to the ILO's recommendation of 1 inspector for every 15,000 workers in developing economies, Paraguay would employ about 229 inspectors. (53,56,57) Government agencies, international organizations, NGOs, and labor organizations agree that inadequate funding and the insufficient number of labor inspectors hamper the labor inspectorate's capacity to enforce child labor laws, especially in the informal sector, including in agriculture and domestic work. (3,7,23) The inspectorate is particularly limited by the lack of dedicated vehicles or travel funds. (3,7)

An additional constraint to labor law enforcement is the lack of efficient and timely cooperation by judicial authorities in granting workplace inspection search warrants to the Public Ministry and the MTESS when an employer does not permit an inspector to enter a workplace to conduct an inspection. The system is paper-based and orders routinely take more than 3 months to arrive. (3,8-11,58) Research was unable to determine whether the government has implemented a 2016 agreement with judicial and law enforcement authorities that would accelerate the authorization of search warrants.

During the reporting period, the MTESS carried out both proactive and reactive inspections in sectors and geographical areas where children are at high risk of engaging in child labor, although inspections were general and not specifically seeking incidents of child labor. (3) The Attorney General's Office had 5 prosecutors, including a lead prosecutor, and 45 assistants specialized in and dedicated to combating trafficking in persons (TIP) who worked with other prosecutors throughout the country to investigate and prosecute traffickers. (31) In 2018, for the first time ever, the MINNA set aside a small budget specifically for TIP victim assistance, although the exact amount was not known. (31) The Attorney General's Office, in conjunction with the Spanish Agency for International Development Cooperation, conducted 4 training sessions on labor trafficking with approximately 800 government participants, including prosecutors, investigators, judges, migration officials, and inspectors. (31) During the reporting period, the MINNA assisted 70 human trafficking victims, of whom 48 received assistance at the MINNA-funded specialized shelter for underage victims of sex trafficking. (31) In May, the MINNA also conducted a nationwide public awareness and prevention campaign against child abuse, including sexual exploitation and human trafficking. (31)

However, government agencies, international organizations, NGOs, and labor organizations have observed a need for more specialized prosecutors to support local prosecutors nationwide and increase the Public Ministry's ability to investigate and prosecute cases involving human trafficking. (8,9,11,15) In addition, investigations were limited by insufficient resources, including vehicles, fuel, and logistical support. Overall, Paraguay's criminal law enforcement agencies lack resources, including staff and training, to sufficiently identify, investigate, and prosecute cases of the worst forms of child labor. As a result, the number of convictions of crimes related to the worst forms of child labor is insufficient and existing penalties are inadequate deterrents. (3,7-11,15,60) In 2018, the National Police's Anti-Trafficking Unit also reported that the budget allocated to anti-TIP efforts had decreased, forcing the closure of an office in Encarnación and lowering the staff from 50 to 38. (31)

On September 13, 2018, following changes in government leadership, the new Minister of Labor Carla Bacigalupo and the new Minister of Adolescents and Children (MINNA) Teresa Martinez signed an agreement to work actively to combat the worst forms of child labor. (52) At this same meeting, representatives from the General Direction of Statistics, Surveys and Censuses also reported that they are working on the inclusion of a child labor module in their annual survey, the Encuesta Permanente de Hogares (EPH) for 2019. (52)

While the Inter-Institutional Working Group for Preventing and Combating Trafficking in Persons was effective in fostering dialogue and coordination among government agencies on anti-TIP efforts, it faced challenges in collecting and reporting statistics and a lack of participation from all relevant government agencies. (31) Government agencies responsible for addressing child labor share information and coordinate efforts informally, but coordination between the MTESS and the Ministries of Education and Health remains insufficient to combat the worst forms of child labor. In addition, the Defense Councils for the Rights of Children and Adolescents (CODENIs) require additional financial and human resources to fulfill their mission to address child labor. (3,8-10,18,62)

In 2018, the government updated the National Strategy for the Prevention and Eradication of Child Labor and Protection of Working Adolescents for the 2018–2023 period. (3,67) The plan includes goals of institutional strengthening of the MINNA, CODENIs and the MTESS, increased training and awareness campaigns on the worst forms of child labor, and improving education throughout the country. (67) The Government of Paraguay used the United Nations Millennium Goals as a guideline for the creation of the updated plan. (67)

In 2018, the government funded and participated in programs that include the goal of eliminating or preventing child labor (Table 10). However, gaps exist in these social programs, including coverage and funding to fully address the problem in all sectors.

† Program is funded by the Government of Paraguay.

The 2012 Law Against Trafficking in Persons requires the Ministry of Women's Affairs to provide compensation and financial assistance to victims of sexual and labor trafficking, including minors. In 2018, in contrast to previous reporting periods, the Ministry of Women's Affairs did allocate a small amount of funding specifically for victim compensation and financial assistance, although NGO and government officials reported that compensation took too long to be helpful and in some cases drew unwanted attention to the victim. (9,11,15,31,45,77) The Ministry of Women's Affairs also conducted training for 1,500 individuals in 2018 in at-risk communities and high-risk industries, including hospitality, on the nature of TIP and avoiding victimization. (31) Although Paraguay has programs that target child labor, the coverage and funding of these programs is insufficient to fully address the extent of the problem, and programs are limited by the absence of government education and health services in rural areas. Additional programs are needed to reach the large numbers of working children, especially in agriculture, including cattle herding and domestic work.(7,9,11,15)

Based on the reporting above, suggested actions are identified that would advance the elimination of child labor in Paraguay (Table 11).