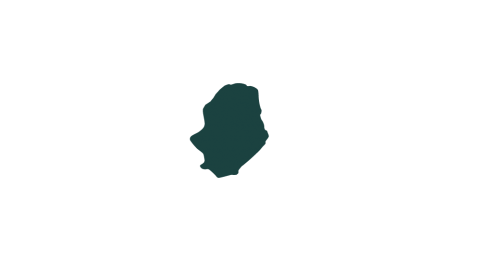 2021 Findings on the Worst Forms of Child Labor:
English

Although research found no evidence that child labor exists in Niue, in 2021, the government made no advancement in efforts to prevent the worst forms of child labor. The government has not established adequate legal protections to prevent the worst forms of child labor. The law does not criminally prohibit the use, procuring, or offering of a child for prostitution, the production of pornography, or pornographic performances, or the use of children for illicit activities, including for the production and trafficking of drugs. In addition, Niue has not established a minimum age for work and lacks a law that prohibits hazardous occupations and activities for children.

Research found no evidence that child labor exists in Niue. Table 1 provides one key indicator on children's education in Niue.

Source for primary completion rate: Data from 2016, published by UNESCO Institute for Statistics, 2022. (1)

Niue is self-governing in free association with New Zealand. (2,3) Since 1988, no treaty signed, ratified, accepted, approved, or acceded to by New Zealand extends to Niue, unless it was done expressly on behalf of Niue. (3) Niue has ratified one key international convention concerning child labor (Table 2).

The government has established laws and regulations related to child labor (Table 3). However, gaps exist in Niue's legal framework to adequately protect children from the worst forms of child labor, including failure to criminalize using children in illicit activities.

Although Niue’s Public Service Regulations prohibit the permanent employment of any person under age 18 in public service, a minimum age for work in the private sector has not been established. (3,4) Niue has not determined the types of work that are hazardous for children. The government also does not prohibit slavery or slavery-like practices such as forced labor. (9) Niue’s human trafficking provision does not clearly criminalize domestic trafficking or the trafficking of children in the absence of force, fraud, or coercion. (5) In addition, the government does not criminalize the use, procuring, or offering of children for prostitution, pornography, or pornographic performances. Niue has also not criminalized the use of children in illicit activities, including in the production and trafficking of drugs. (3) Although there are no armed forces in Niue, the law does not criminally prohibit non-state armed groups from recruiting children under age 18. (3) New Zealand is responsible for Niue's defense at the territory's request and consultation. (6,10)

As there is no evidence of a problem, there appears to be no need for enforcement actions to address child labor, including its worst forms. However, the Government of Niue has established relevant institutional mechanisms for the enforcement of laws and regulations on child labor (Table 4).

As there is no evidence of a problem, there appears to be no need for policies to address child labor. However, the Government of Niue has established a policy related to child labor (Table 6).

As there is no evidence of a problem, there appears to be no need for programs to address child labor.

Based on the reporting above, the following actions would advance the continued prevention of child labor in Niue (Table 7).