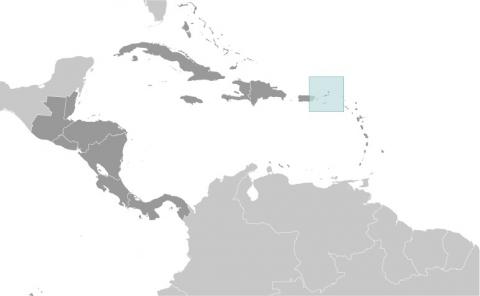 2021 Findings on the Worst Forms of Child Labor:
English

Although research found no evidence that child labor exists in the British Virgin Islands, in 2021, the government made no advancement in efforts to prevent the worst forms of child labor. There is no list of hazardous work prohibited for children in the British Virgin Islands, nor does the law prohibit the use of children in illicit activities, including in the production and trafficking of drugs. In addition, the minimum age for work is lower than the compulsory education age.

Source for primary completion rate: Data from 2020, published by UNESCO Institute for Statistics, 2022. (2)

British Overseas Territories recognize the jurisdiction and sovereignty of the United Kingdom (UK) but are not constitutionally part of the UK. They are self-governing, except in the areas of foreign affairs and defense. (4) Domestic UK law does not generally apply unless explicitly extended to the British Virgin Islands. Under Article 35(4) of the ILO Constitution, when the UK ratifies a Convention, the Territory must consider if it will accept the Convention. If the Convention is accepted, it is considered applicable to that Territory. (4) The following Convention has been extended to and accepted by the British Virgin Islands (Table 2).

In the British Virgin Islands, the Labor Code specifies that hazardous work be defined by the Minister of Labor, but the Minister of Labor has not defined hazardous work for children or light work that may be engaged in by children who are at least 14. (4,11) There is also no criminal prohibition against using children in illicit activities, including in the production and trafficking of drugs. Additionally, the laws prohibiting the commercial sexual exploitation of children do not meet international standards as they do not cover girls ages 16-17 or boys. (7) The minimum age for work is lower than the compulsory education age, which may encourage children to leave school before the completion of compulsory education. (5,8,9)

As there is no evidence of a problem, there appears to be no need for enforcement actions to address child labor, including its worst forms. However, the British Virgin Islands have established an institutional mechanism for the enforcement of laws and regulations on child labor (Table 4).

As there is no evidence of a problem, there appears to be no need for mechanisms to coordinate efforts to address child labor.

As there is no evidence of a problem, there appears to be no need for policies to address child labor.

As there is no evidence of a problem, there appears to be no need for programs to address child labor. However, the Government of the British Virgin Islands has established child protection programs promoting children’s rights, which may contribute to the prevention of child labor. (13)

Based on the reporting above, suggested actions are identified that would advance the continued prevention of child labor in the British Virgin Islands (Table 5).