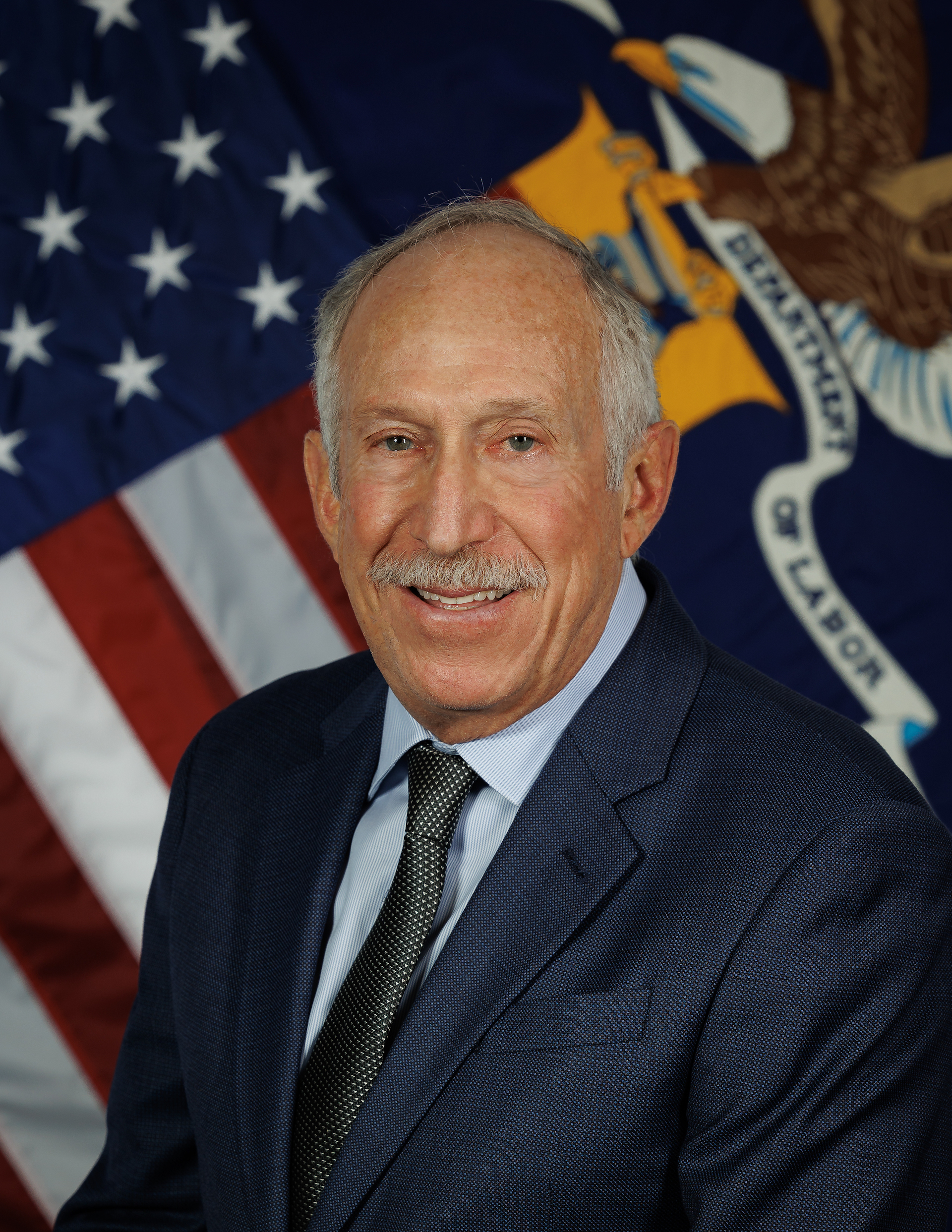 Jeff Freund was appointed the Director of the Office of Labor-Management Standards in January of 2021. Mr. Freund has had an extensive legal career spanning over 50 years, with more than 40 representing local and international labor organizations on a wide range of matters, including matters arising under the LMRDA.

After graduating with honors from Northwestern University (’67), Mr. Freund attended the University of California at Berkeley School of Law and received his JD in 1970. From 1970 to 1972, Mr. Freund clerked for Judge Alphonso Zirpoli of the United States District Court for the Northern District of California (’70-’71) and Commissioner Nicholas Johnson of the Federal Communication Commission (’71-’72). Mr. Freund then worked as a criminal defense lawyer at the District of Columbia Public Defender Service from 1972 to 1977, trying and arguing dozens of cases in the Superior Court and the DC and US Courts of Appeal and later serving as the director of their new lawyer training program.

In 1977, Mr. Freund began a long career in private practice. He was an associate with VanArkel, Kaiser and Rosenberg until, through a merger in 1981, the firm became Bredhoff & Kaiser, where he would remain as a member for over 40 years. The firm focuses on representing private and public sector labor organizations, employee benefit funds and other membership and 501(c)(3) organizations as well as individuals, and specializes in all aspects of labor law, employee benefits and tax law, complex civil and criminal litigation, and Congressional and other investigations. Over his four decades of practice, Mr. Freund represented international and local unions in the entertainment, baking, airline, hospitality, newspaper, construction, steel, rail, bus and service industries in negotiations, litigation (both before trial and appellate courts, as well as administrative agencies and arbitrators), and as general counsel.

Mr. Freund has served as the General Counsel of the Bakery, Confectionary, Tobacco Workers and Grain Millers International Union and as General Counsel of the American Federation of Musicians. As the AFM’s General Counsel, he advised the Union in national collective bargaining with the motion picture, network television, record, and traveling Broadway musical industries, among others. Mr. Freund also had an extensive practice representing unions of all kinds in connection with internal matters, including elections, mergers, trusteeships and discipline.