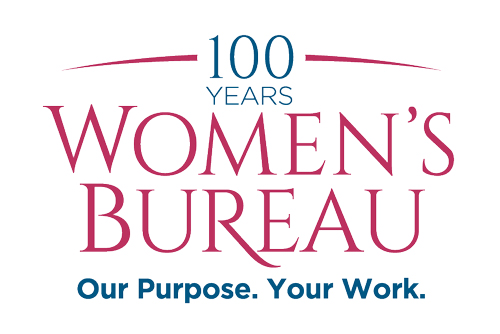 As we bring Black History Month to a close, we want to thank the many participants who helped honor and celebrate the achievements and struggles of Black women past and present and their contributions to the nation. Over the course of the month, the Women's Bureau spearheaded numerous events and products, honoring Black women, celebrating their achievements, and pointing to some of the challenges – both in the U.S. economy and in the health care system – that persist today.

Commemorating the Invisible Warriors of World War II – On February 14, the Women’s Bureau hosted a screening of Invisible Warriors, Professor Gregory Cooke’s documentary about the 600,000 Black Rosie the Riveters who courageously fought sexism and racism – which they termed their “Double V” victory over fascism abroad and victory over racism at home – to step into their power during WWII. The screening was followed by a powerful discussion with both the filmmaker and 97-year-old Susan Taylor King – herself, a riveter during the war.

Implicit Bias, Maternal Health, and the Far-Reaching Impacts for Black Women – In her Call to Action to improve maternal and fetal mortality rates, Vice President Kamala Harris described the crisis of black maternal mortality in this country, and emphasized the urgency of “pursuing systemic policies that provide comprehensive, holistic maternal health care … free from bias and discrimination.”

In support of this directive, Deputy Director of the Women’s Bureau Joan Harrigan-Farrelly published a blog highlighting the fact that the U.S. has one of the highest overall maternal mortality rates in the developed world, and that among Black women in the U.S., maternal mortality is even higher than the national average, likely due in part to implicit bias. 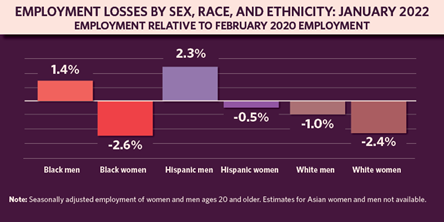 Black Women's Slow Economic Recovery – While the overall jobs recovery in January 2022 exceeded expectations, the recovery for Black women has continued to lag behind, with 2.6% fewer employed than in February 2020. One reason for the particularly slow recovery for Black women? They are disproportionately concentrated in the care economy, which now has far fewer workers than it did pre-pandemic.

Advancing Equity for Black Women in the Workforce – A community briefing held by the Women’s Bureau on February 18 provided a comprehensive overview of how federal agencies – including Labor Department agencies, the Equal Employment Opportunity Commission and the Small Business Administration – are serving the interests of workers. The event also spotlighted the work of community partners, including two organizations working closely with our FARE grantees: Mothering Justice and Women Employed. 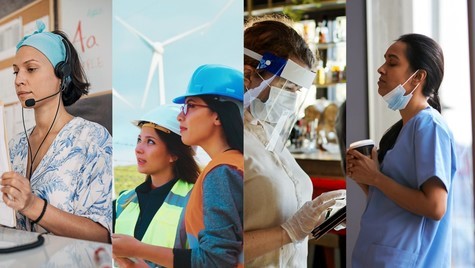 The U.S. Department of Labor Women’s Bureau and Cornell’s ILR Worker Institute launched the Equity in Focus: Job Creation for a Just Society webinar series. The first webinar examined equity in employment, focusing on policies that ensure women and communities of color are not left out of economic opportunities created by the historic investment in infrastructure. The remaining webinars in the series will explore different sectors of the economy, and bridge theory with practice in discussing how best to advance an equity lens in public investments.
For more on this topic, read our recent blog: Building Back Better: Centering Equity and Inclusion in Job Creation and Economic Development.

FMLA at 29 and the Need for Evidence-Based Leave Policy

The Women’s Bureau hosted a webinar to commemorate the 29th anniversary of the Family and Medical Leave Act. Speakers included Jocelyn Frye, president of the National Partnership for Women and Families; Jody Heymann, distinguished professor of public health and medicine, UCLA; and Jane Waldfogel, co-director of the Columbia Population Research Center, who presented their latest research. The panel highlighted why paid family and medical leave is critical for working families and how national paid leave can lead to economic equality.

The juxtaposition of Black History Month and the anniversary of the FMLA provided an opportunity for Gayle Goldin and Sarah Jane Glynn of the Women’s Bureau, and Alex Hertel-Fernandez, the department’s deputy assistant secretary for research and evaluation, to highlight the disproportionate impact COVID has had on women workers of color, many of whom lack any access to job-protected paid leave, in their blog, the Importance of Evidence-Based Leave Policy.

The authors pointed to what a monumental step the creation of FMLA was, but also highlighted the fact that more than half of workers – especially women, single mothers and people of color – are not eligible for it. Creating a national paid family and medical leave program, like the one proposed by President Biden, is critical to creating an equitable economic recovery that protects private sector workers who need time to care for themselves or a loved one.

Want Equal Pay? Get a Union. 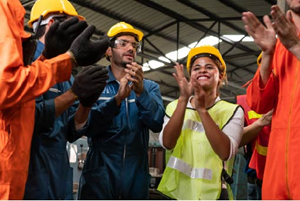 Women’s Bureau Director Wendy Chun-Hoon and President of the AFL-CIO Liz Shuler recently released a blog on how unions promote equal pay. They share the story of Aurora Bihler, who despite being more experienced than her male co-worker, made less than him for doing the same job. This all changed when Aurora joined Ironworkers Local 396 and began working alongside her male counterparts as an equal. She credits being in a union for helping her achieve what is out of reach for too many working women: financial independence. In fact, unionized women make on average 23% more than women without a union, and are more likely to have paid leave and stronger protections against discrimination and sexual harassment in the workplace. 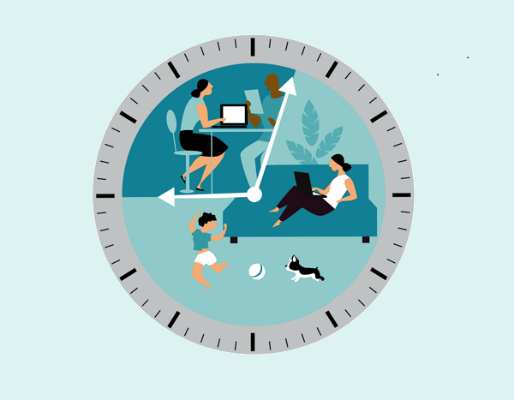 In their new article, “Does part-time work offer flexibility to employed mothers?” researchers at the Women’s Bureau and the Bureau of Labor Statistics call into question the conventional wisdom that part-time work is somehow more family-friendly than full-time work. Using the Women’s Bureau-sponsored Leave Module from the American Time Use Survey, they find that mothers in part-time work are less likely to have paid leave, the ability to work at home, and advanced scheduling.

The pandemic has shone a light on the fact that a robust early care and education workforce is essential to an economic recovery that includes mothers of young children, but it has also made these hard jobs harder and worsened the already dire shortage of these workers. On February 24th the Women’s Bureau partnered with the U.S. Department of Health and Human Services’ Administration for Children and Families, to address these issues by hosting Cultivating a Thriving Early Care and Education Workforce: Strategies to Invest in, Grow, and Support the People who Educate and Care for our Children. The webinar brought together over 600 participants to exchange ideas and lessons learned across states, and to explore federal funding and access other resources that early care and education professionals need.
Some of the key takeaways include the importance of creating career pathways that increase representation in the field while also respecting localized cultural competencies, stackable learning opportunities that build upon prior experience, paid apprenticeships and maximizing the use of American Rescue Plan funding to increase compensation and access to benefits.

A recently announced grant program will offer $113 million to support the expansion, modernization and diversification of Registered Apprenticeship programs. The Apprenticeship Building America grant program will accelerate the administration’s goals and priorities for an equitable economic recovery post-pandemic by connecting more Americans to good jobs and careers in priority industry sectors, including those industries impacted by the pandemic, such as transportation and other occupations and industries in the critical supply chain.

More information is available at grants.gov and apprenticeship.gov.

March will be teeming with events related to our ongoing efforts to support working women, as well as the commemoration of Women’s History Month. Here’s a taste of what’s coming:

March 4-5 | The U.S. Care Infrastructure: From Promise to Reality
Women’s Bureau Director Wendy Chun-Hoon, along with a host of other policy experts and researchers, will explore some of the critical issues facing the care infrastructure as well as individual care workers.

March 9 | Ending Gender-Based Violence in the Workplace: new insights and tools from C190 To commemorate International Women’s Day, the ILO Office for the United States and Canada will host policy leaders and activists, including Director Wendy Chun-Hoon, to discuss initiatives for more effective action in the U.S. to tackle violence and harassment in the world of work.

We Want to Hear from You! 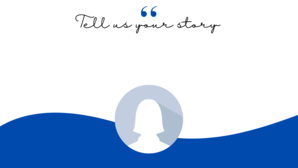 The pandemic has shown our economy can only work when it works for working women. What new hurdles has COVID placed on you, your family, your work, and your economic security? What do you need to emerge from this moment stronger? 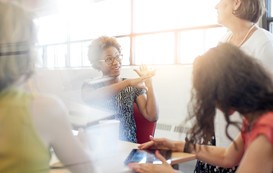 The Women’s Bureau has championed the rights of working women and served as a convener of conversations critical to an equitable economy for women for more than 100 years.

Follow us at @WB_DOL to view our #ThrowbackThursday series highlighting pioneering women, and to learn more about the latest research, initiatives, policies, and updates related to working women and their families.