Each edition of the SOL Employee Spotlight showcases the backgrounds, career paths, interests, and personalities of three SOL employees whose everyday work positively impacts their peers and advances DOL’s mission.

All current SOL employees are eligible to volunteer or suggest coworkers to feature on this page by emailing SOL Webmaster with the subject heading “Employee Spotlight Suggestion.” Please include the employee’s name, email address, phone number, job description (administrative staff, technical support, trial attorney, supervisor, etc.), Region or Division, and a few sentences explaining why the employee should be featured in a future edition of the SOL Employee Spotlight.

Are you a student, attorney, paralegal, or other administrative professional interested in joining SOL? Please visit the SOL Job Opportunities page at https://www.dol.gov/agencies/sol/careers. If you have questions about what it’s like to work as an attorney in SOL, please contact one of our SOL Ambassadors listed at https://www.dol.gov/agencies/sol/careers/ambassadors.

SOL Employees Featured in This Edition 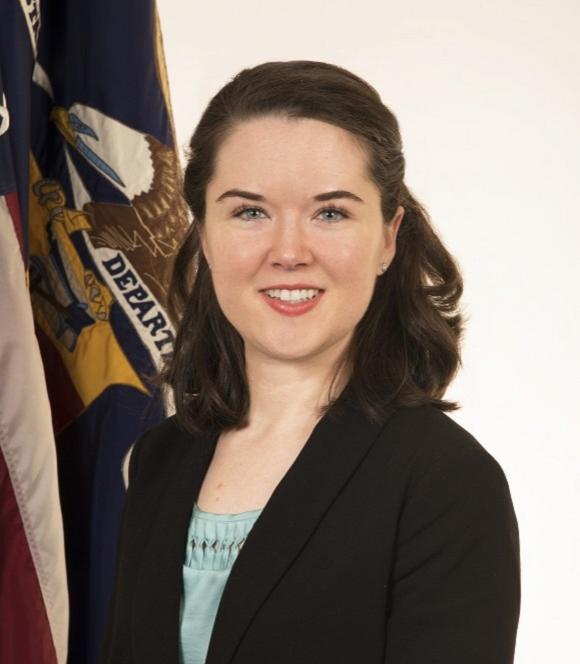 I have a B.A. in psychology and an M.A. in English from the University of Kentucky. I earned my J.D. from Harvard Law School in 2012 and came to SOL that August through the Honors Program. In 2014, I received my permanent placement in CRLM. I live in Odenton, Maryland, with my husband Sean, who is a high school English teacher in Prince George’s County; our two daughters, ages 6 and 3; and their two kittens, Wyndi and Sally.

During my 2L summer, I was a law fellow at what is now the National LGBTQ Task Force in Washington DC. The organization presented then–Secretary of Labor Hilda Solis with an award that June, and I got the chance to meet her briefly after the awards brunch. She made a point of telling the law fellows, “You know, we need attorneys too!” That spurred me to look into the SOL Honors Program, and I ultimately applied and was very fortunate to receive an offer that December.

Describe what your role entails.

One of my favorite aspects of working in CRLM is the variety of clients and legal work we have. The agencies for which I most often provide legal services are the Office of Federal Contract Compliance Programs (OFCCP), the Office of Labor-Management Standards (OLMS), and the Civil Rights Center (CRC). My role includes reviewing investigative files to advise our client agencies whether the facts support findings of violations of the laws they enforce; researching and providing oral and written advice to our client agencies about the options they have for pursuing their policy goals, with assessments of the legal benefits and risks of those options; reviewing public comments on proposed regulatory actions and advising our client agencies how best to respond, as well as drafting and reviewing regulatory text and explanatory preambles; drafting legal briefs, some of which we file on behalf of our client agencies with the Department’s administrative law judges and Administrative Review Board and others of which are filed by Department of Justice attorneys on our behalf in federal district and circuit courts; and reviewing documents from across the government, such as other agencies’ rulemakings, policy proposals, legislative proposals, and Solicitor General briefs, to provide comments and advice that protect and advance our client agencies’ interests.

What do you like most about the area where you live?

After renting in DC for the first few years, we bought a house in Anne Arundel County, Maryland, halfway between Baltimore and DC. Especially since we have small children, we feel as if we have the best of both worlds: plenty of outdoor space, including woods and protected wetlands behind our house (which means frequent wildlife sightings), with two cities’ attractions only a short drive away. My normal work commute is also pretty tolerable; I take the MARC train to DC and walk to the Frances Perkins Building from Union Station.

If you’ve been involved in pro bono work, what has been your favorite pro bono experience?

I have really enjoyed the teaching opportunities I have had through SOL’s relationship with Street Law, as well as my experiences volunteering with Constitution in the Classroom. Both pro bono programs invite attorneys into classrooms to teach students about various topics in the law, so they’re fantastic opportunities to help young people grapple with legal concepts and make connections to their own lives, especially about their own legal rights and protections. For example, one of our Street Law lessons focused on laws prohibiting workplace harassment and other forms of employment discrimination. I found it very rewarding to engage with the students not only about what the law is and how it operates in practice, but also what they envision it should be.

I joined SOL in spring 2020, providing legal counsel to the Mine Safety and Health Administration at its Arlington, Virginia, headquarters. I earned an A.B. from the University of Chicago and a J.D. from the American University Washington College of Law. I grew up just outside the Beltway in Wheaton, Maryland, and now live in the District, about two miles due north of the White House.

Upon graduation from law school, I clerked for a state appellate judge and then began a career in the federal government, practicing administrative law—a true catchall encompassing for me contracts, election, employment, fiscal, labor, privacy, and public disclosure law, among others—at the Occupational Safety and Health Review Commission and the Federal Election Commission before arriving at Labor. During law school I spent semesters working at the National Labor Relations Board (NLRB), the National Treasury Employees Union, and for a federal judge. Through a unique program at the law school, I conducted legal research—including examining World War II-era precedents on the applicability of the defense of freedom of speech in the context of crimes against humanity—for several international criminal tribunals as part of the War Crimes Research Office. Before law school, I worked as an education consultant with government and philanthropic clients.

Both sides of my family have deep roots in labor, so it is not surprising that I ended up at the Department of Labor. My father was a union officer for many years at the high school where he taught, my great-aunt was a union organizer integral to the development of unions representing women workers, and my great-grandfather was a leading labor lawyer in New York. My maternal grandfather worked for the National Recovery Administration, reviving the nation’s economy after the Great Depression, and later served as a trial examiner at the NLRB. I think these familial connections showed to me at an early age the importance of helping people stay safe and be valued for their work.

Describe what your role entails.

I serve in SOL’s Mine Safety and Health Division, primarily concentrating on the standards and legal advice practice area. While many of my colleagues focus on litigation, the standards attorneys are the Swiss Army knives of the division; we advise the Mine Safety and Health Administration on drafting regulations and standards to help improve the working conditions of miners, and we also deliver more administrative advice—on jurisdictional overlaps with the Occupational Safety and Health Administration, drafting memorandums of understanding and other agreements, as well as privacy and public disclosure issues.

How do you like to spend your time outside work?

I am a sports junkie, so when not at work, there is a high likelihood that I’m watching a game (baseball, hockey, football, basketball, croquet, whatever) live or at home or maniacally analyzing statistics for fantasy baseball. I have also brewed beer and penned plays that have been performed before live audiences. Most of my free time these days is dedicated to my recently adopted dog Styx, a rambunctious shepherd mix, who loves exploring, meeting other dogs, and most of all, playing fetch.

If you’ve been involved in volunteer work work, what has been your favorite volunteer experience?

I volunteered as a poll worker during the 2020 general election. I remember accompanying my parents when they voted in my elementary school, and the workers were always the friendly neighborhood elders. After seeing the massive lines both in DC and around the country during the primaries because those same people were protecting themselves from the pandemic, I understood my responsibility. I worked at a mass election center set up at Nationals Park and was so impressed by everything I saw and experienced there: the voters excited about voting, the career and volunteer poll workers who made the process run smoothly and efficiently, and the various groups graciously donating their skills and time to make and deliver free food and drinks to voters in line. 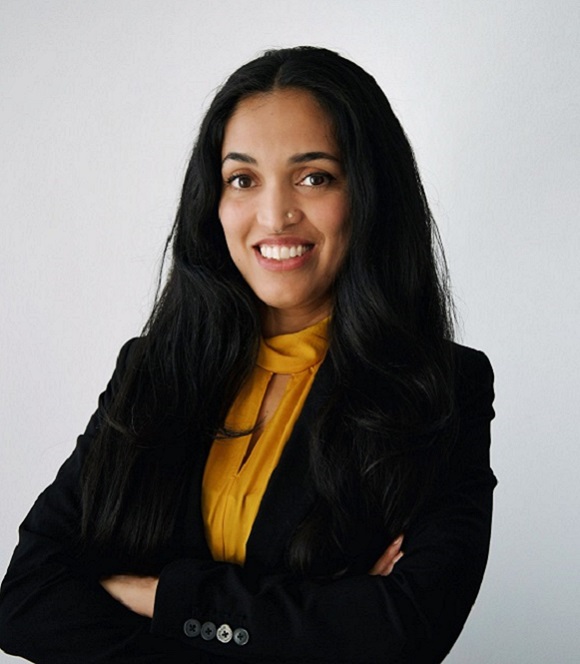 I obtained dual bachelor’s and master’s degrees in international relations from the University of Southern California in 2007. I then worked for several years before obtaining a dual juris doctor and master’s in public policy from UCLA in 2017. I joined SOL Region IX through the Honors Program after graduating. As a trial attorney, I litigate against employers that violate the rules and regulations DOL has jurisdiction to enforce. As a Region IX attorney, I work on cases throughout the western United States and U.S. territories in the Pacific Ocean.

Before joining the Department of Labor, I was involved in urban agriculture and food justice, organized community events, taught in a youth after-school program, and spent nine months in Brazil as a Fulbright scholar. In law school, I clerked my first summer for the Equal Employment Opportunity Commission and my second summer for a private, plaintiff-side workers’ rights firm.

What is your favorite part of your job?

I love telling the stories of vulnerable workers to the courts. I love working directly with workers, hearing their stories, and fighting to get them the wages and benefits they’re owed and to ensure their workplaces are safe. I love meeting and learning from investigators and inspectors, who are on the frontlines fighting for workers. I love trials, depositions, and brief-writing. I love learning about the different types of work people do and enforcing the law so they can do that work safely and with just compensation. I guess to summarize, I love many aspects of my job!

Do you participate in any groups or committees or other activities at DOL?

Yes! I am member of the SOL Diversity and Inclusion Committee, the SOL Website Committee, and Pride at DOL.

Thinking back to what you thought your job would be like when you applied for it, what is the aspect of the job that has surprised you most?

Prior to joining DOL, I thought that DOL directly represented workers. It surprised me to learn this is not the case. When SOL goes to trial, our client is the DOL agency from which the investigation or inspection originated, not the impacted workers. During litigation, DOL generally shares an interest in the outcome of litigation with the workers, but at times DOL’s mission to enforce the law may diverge from a worker’s personal interests.

What advice do you have for those who may be considering applying for a position like yours in SOL?