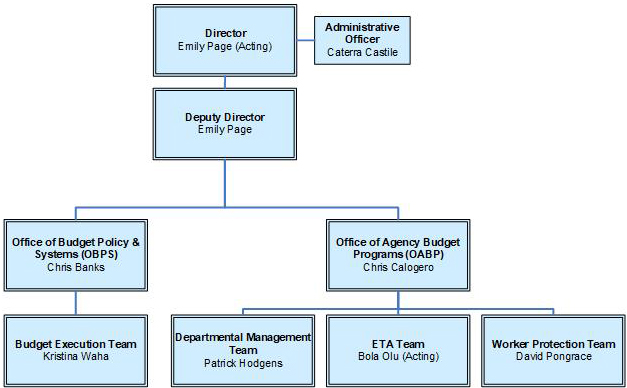 The Departmental Budget Center is under the leadership of the Acting Director and Deputy Director Emily Page, who oversees Caterra Castile, the Administrative Officer position. The Deputy Director oversees the Manager of the Office of Budget Policy and Systems (OBPS), Chris Banks; and the Manager of the Office of Agency Budget Programs (OABP), Chris Calogero.