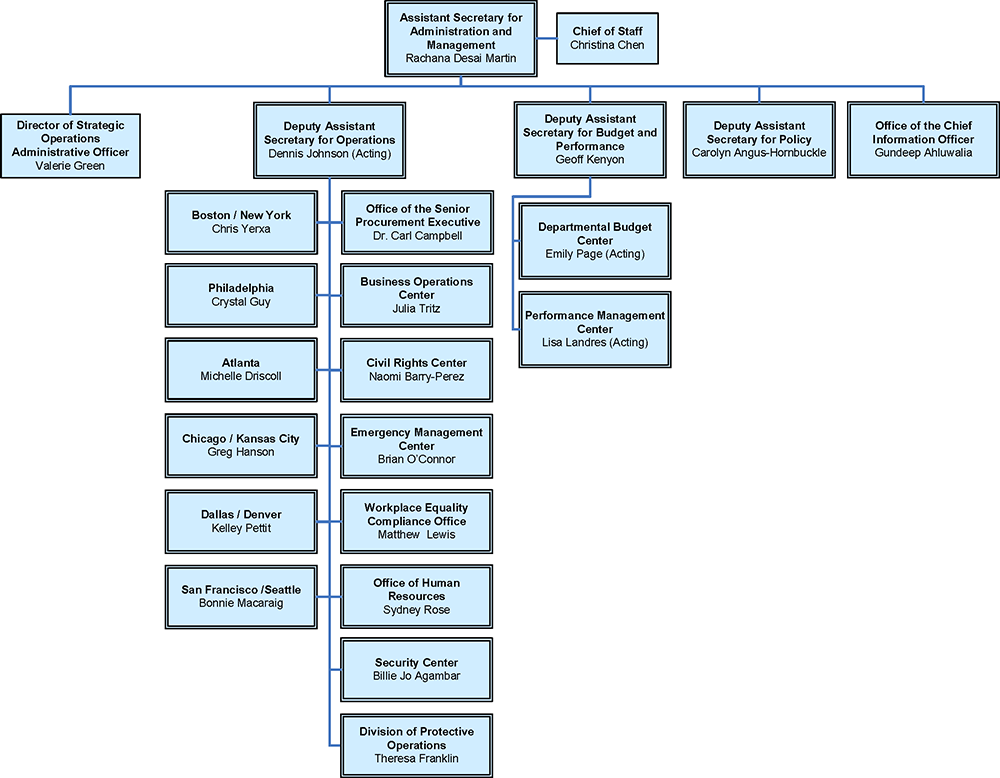 OASAM’s responsibilities are broadly defined by various regulations, government-wide directives, and internal policy. The principle law authorizing the creation of the Assistant Secretary for Administration and Management is 29 U.S. Code § 553.

Within the past twenty-five years, a number of laws have been passed to establish Department-wide roles. The roles are held by OASAM senior executives and include:

Other important legislation impacting OASAM include (but are not limited to):