What do I need to know about ... Age Discrimination 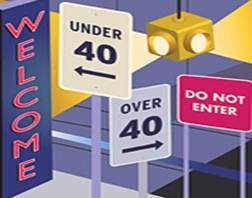 The Age Discrimination in Employment Act of 1967 (ADEA) protects individuals who are 40 years of age or older from employment discrimination based on age.

Under the ADEA it is unlawful to discriminate against any individual age 40 or older because of his/her age with respect to any term, condition, or privilege of employment, including but not limited to, recruitment, hiring, firing, promotion, layoff, compensation, benefits, job assignments, and training The ADEA permits federal agencies to favor older workers based on age, even when doing so adversely affects a younger worker who is 40 years of age or older.

For More Information
Any questions regarding the ADEA’s coverage or its application to any specific fact situation should be addressed to the Department of Labor’s Civil Rights Center. If at any time you think that you have been subjected to age discrimination, contact the Civil Rights Center at 202-693-6500 within 45 days of the alleged discriminatory event in order to preserve your right to file an EEO complaint.