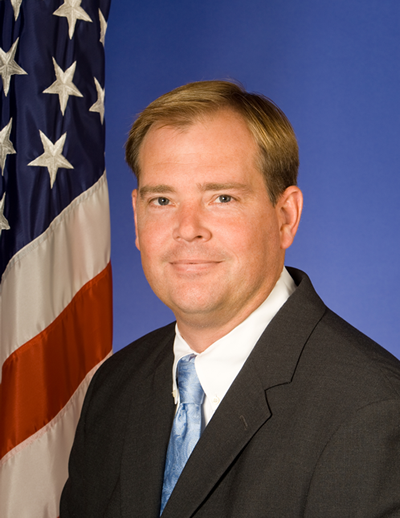 Geoff Kenyon is the Deputy Assistant Secretary for Budget and Performance in the Office of the Assistant Secretary for Administration and Management. In this role, he provides day-to-day management to approximately 30 employees in the national office. He has overall leadership responsibility for policy and operations encompassing budget formulation and execution, financial policy and performance management.

Mr. Kenyon serves as a valuable advisor to the Department’s leadership due to his federal financial management expertise, knowledge of DOL programs gained from his experience with the House Appropriations Committee, and his experience fulfilling multiple financial leadership roles within the Department. Mr. Kenyon began his career at DOL in 1991 as a Budget Analyst for the Employment and Training Administration’s Unemployment Insurance Service. He became the Director of the Departmental Center and Budget Officer in 2007, and was later appointed in 2015 to the Office of the Chief Financial Officer (OCFO) as the Principal Deputy Chief Financial Officer. In that capacity, he was delegated to perform the functions and duties of the Chief Financial Officer for DOL in the absence of a Senate-confirmed CFO. As the lead DOL financial official, Mr. Kenyon provided financial management, oversight and direction of OCFO and provided financial guidance to the Secretary of Labor and all DOL program agencies.

Mr. Kenyon received a B.A. from the University of Georgia, and a Masters of Business Administration from Regis University.