Labor unions improve wages and working conditions for all workers, whether they are union members or not. Unions help reduce wage gaps for women workers and workers of color. Union members have better job safety protections and better paid leave than non-union workers, and are more secure exercising their rights in the workplace.

Watch Department of Labor Chief Economist explain how unions benefit all of us: 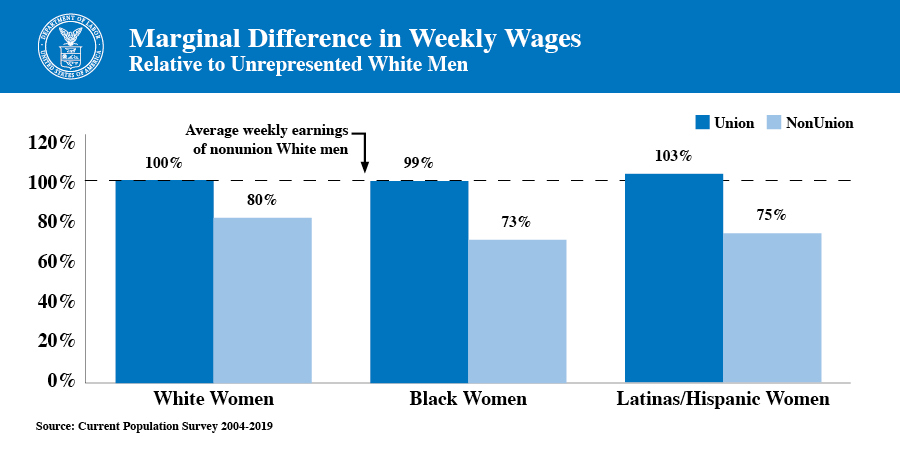 When more workers have unions, wages rise for union and non-union workers. The converse is also true: when union density declines, so do workers' wages. A report by the Economic Policy Institute found the decline in unionization has cost the typical full-time, year-round worker $3,250 in lost earnings per year. 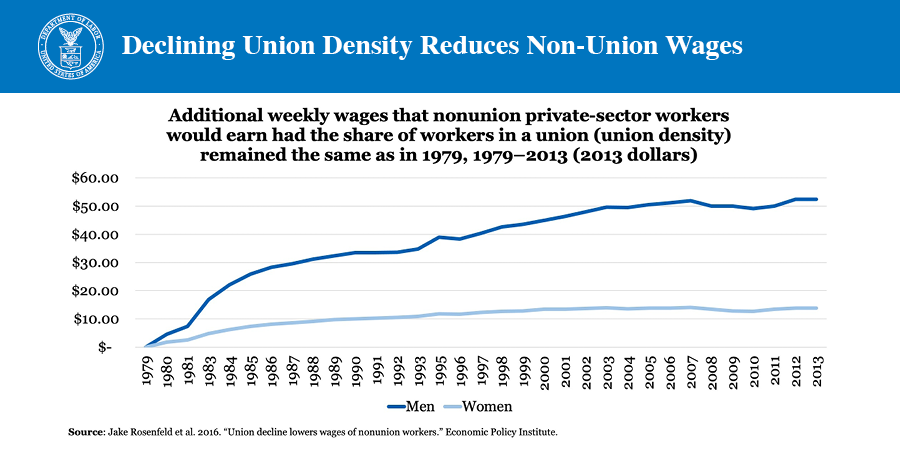 Unions are a unique solution to closing the gender pay gap and ensuring equitable pay for women, because unions collectively bargain wages and pay scales that are transparent to all workers and apply to workers in the same job equally.

Want Equal Pay? Get a Union

Public service workers who are represented by a union enjoy higher pay than their non-union counterparts. This pay advantage is even greater for Black and Hispanic workers.

The Union Advantage in Healthcare 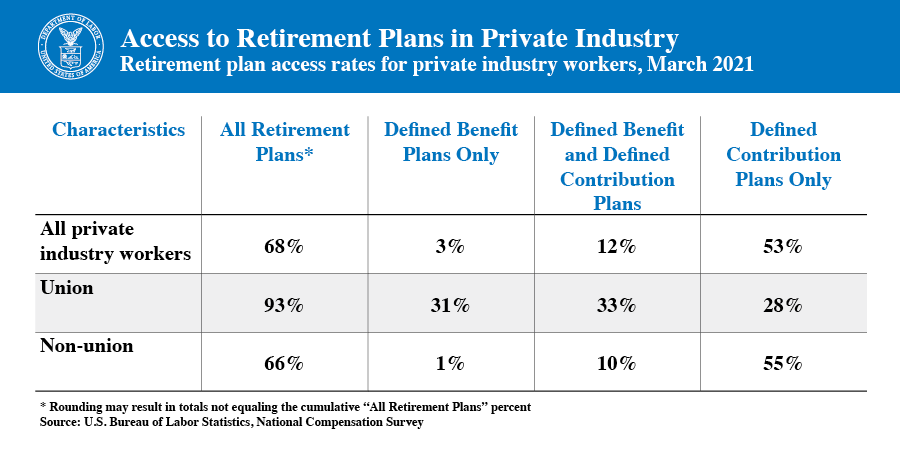 Workers who are represented by a union are far more likely to receive paid leave from their employers when they are sick or take vacation, an advantage especially important to working women who tend to be the family caregiver.

For women in Unions, Paid Leave is not a pipe dream (iwpr.org) 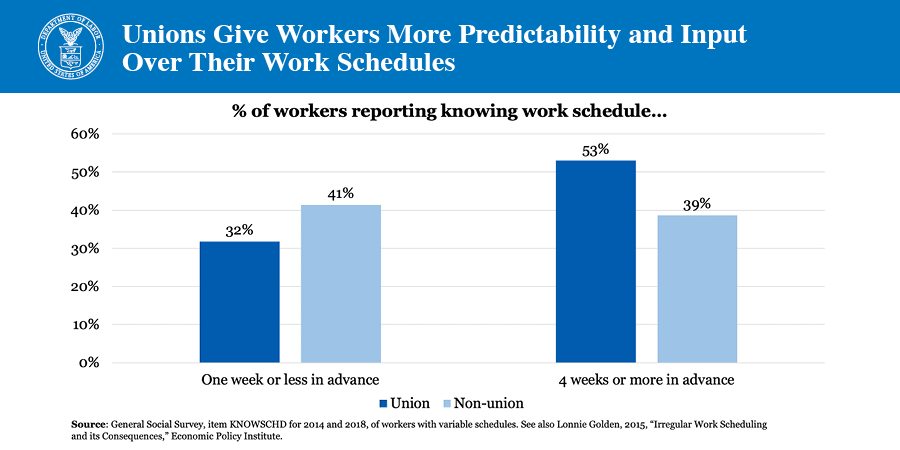 Workers with a union have greater protection against retaliation when they report workplace safety and health concerns and when requesting a government inspection. As a result, enforcement of safety and health laws is stronger at unionized workplaces.

A recent study of NLRB and OSHA data shows that union certification has positive effects on the rate of OSHA inspections, the share of inspections carried out in the presence of a union representative, violations cited and penalties assessed. 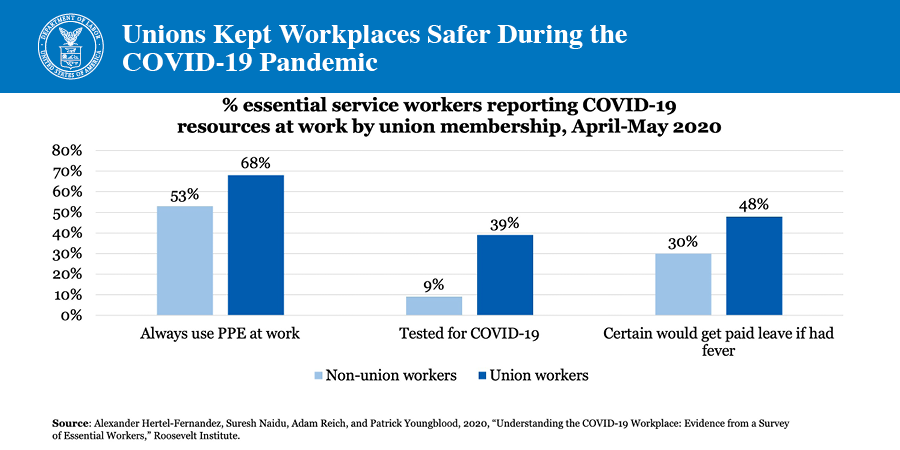 With the wage and benefit premium and economic security that union representation provides, workers represented by unions have more financial stability and upward mobility, and a lower risk of poverty than non-union workers. 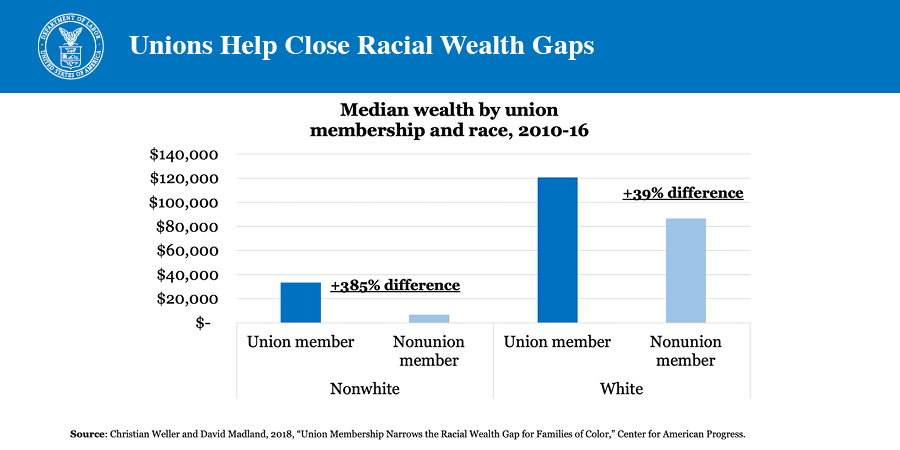