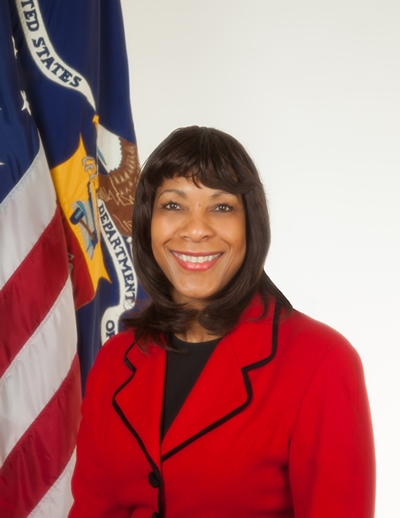 Joan Harrigan-Farrelly joined the Women’s Bureau, U.S. Department of Labor in December 2012 and serves as the Deputy Director.

The WB’s mission is to develop policies and standards and conduct inquiries to safeguard the interests of working women; advocate for their equality and economic security for themselves and their families; and promote quality work environments.

As the career Deputy Director, Joan is responsible for overall policy, programs and operations of the Bureau and ensures that policies and budget are aligned with the mission and direction.

Prior to joining the Women’s Bureau, Ms. Harrigan-Farrelly worked at the U.S. Environmental Protection Agency (EPA) for 14 years and has had the unique opportunity to work in various leadership positions across the Agency. She has served as the Director of the Antimicrobials Division in the Office of Pesticide Programs; as the Director, Resources Management Division in the Superfund Program; as Branch Chief in the Office of Ground Water and Drinking Water; and as Senior Advisor in EPA's Office of Homeland Security.

Prior to her service with EPA, Ms. Harrigan-Farrelly worked at United States Agency for International Development as one of the Women in Development Senior Fellow in the Policy Bureau, focusing on gender and environmental issues.

Ms. Harrigan-Farrelly holds a Bachelor’s degree in Social Work from Rutgers University and a Master’s degree in Urban Planning and Public Administration from New York University.

Motto: Service above self