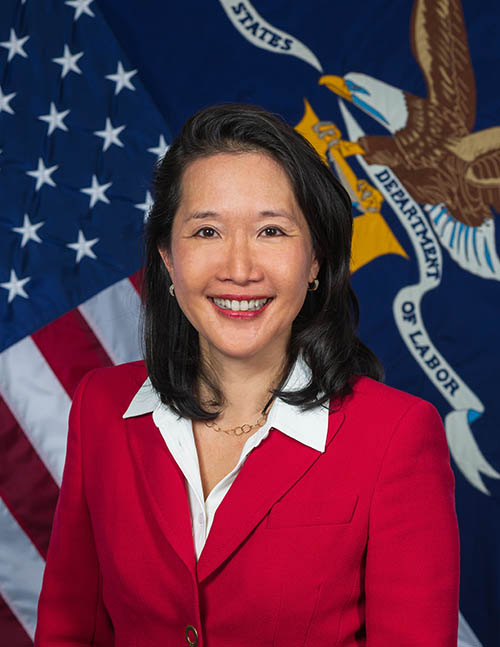 Jenny R. Yang joined the OFCCP as its Director on January 20, 2021. In the Obama-Biden Administration, from 2013-2018, she served as Chair, Vice-Chair, and Commissioner of the U.S. Equal Employment Opportunity Commission (EEOC), after unanimous Senate confirmation. She led efforts to tackle systemic discrimination, including enhancing the EEOC’s annual data collection to include employer reporting of pay data and initiated the Select Task Force on the Study of Harassment in the Workplace. She led comprehensive investments in agency-wide technology, launching new digital systems to expand access to the public.

After her service on the EEOC, as a Senior Fellow at the Urban Institute, Ms. Yang worked to revitalize anti-discrimination laws to better protect workers as structural and technological changes transform work. In addition, as a strategic partner with Working IDEAL, Ms. Yang assisted employers in preventing harassment and promoting equality of opportunity in hiring, pay and promotion through the design of employment practices. Prior to joining the EEOC, Ms. Yang spent a decade representing workers in complex nationwide employment discrimination class actions and wage and hour collective actions as a partner at Cohen Milstein. Before that, she served as a Senior Trial Attorney with the U.S. Department of Justice, Civil Rights Division, Employment Litigation Section. She began her career at the National Employment Law Project as a fellow advocating for the workplace rights of garment workers. After law school, she clerked for the late Judge Edmund V. Ludwig, of the United States District Court for the Eastern District of Pennsylvania. She is a graduate of Cornell University and New York University School of Law, where she was a Root-Tilden Public Interest Scholar.