Religious Expression in the DOL Workplace 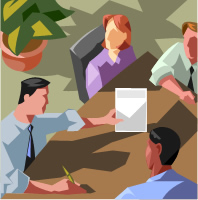 Effective work environments are created and maintained through collegial professional relationships. It is not uncommon for colleagues to share information about their personal lives in developing and sustaining these relationships. Often, co-workers discuss their personal views regarding current events, entertainment or even political affairs. Co-workers may also discuss religion and engage in religious expression in the workplace. This guidance, which is intended to inform such discussions, rests on the general principle that all agency employees shall be treated with the same respect and consideration, regardless of their religion (or lack thereof).

Example: An employee may hang a religious poster in her office. Alternatively, a supervisor may restrict all posters regardless of content, or posters of a certain size, in private work areas, or require that such posters be displayed facing the employee, and not on common walls. However, a supervisor would not be permitted to specifically single out religious (or anti-religious) posters for either negative or preferential treatment compared to other posters.

B. Religious Expression Among Employees

Employees are permitted to engage in religious conversation and expression with co-workers to the same extent that they may engage in comparable private expression about subjects not related to religious issues.

However, when such expression is directed towards other employees, such as views regarding religious practice expressed in a conversation, an employee must refrain from such expression when a fellow employee asks that it stop or otherwise demonstrates that it is unwelcome. Continuing that conduct in such circumstances could manifest into unlawful religious harassment.

Note about "End-of-the-Year" Functions: Many agencies and offices hold social functions during work hours in December. Additionally, it is recognized that agencies typically utilize decorations during this time, including Christmas trees, wreaths and lights. While the Supreme Court has held that these symbols, along with Santa Claus and reindeer, are "secular" in nature, we encourage supervisors to recognize the diversity of their workforces and arrange for "end-of-the-year" functions that are inclusive to all employees.

C. Religious Expression in Areas Accessible to the Public

In agencies where employees are in direct contact with the public, supervisors and employees alike must be sensitive to the Constitutional prohibition on expression that creates a reasonable impression that the government is sponsoring, endorsing or inhibiting religion generally or favoring or disfavoring a particular religion. Nonetheless, religious expression is still permitted in public workplaces, so long as the public would reasonably understand the religious expression to be that of an employee acting in his/her personal capacity, and not that of the government. It may not always be easy to determine whether religious expression in public workplaces is appropriate. In such situations, please contact your Agency's EEO Manager for guidance.

Example: Employees may wear personal religious jewelry absent special circumstances that might require a ban on all similar non-religious jewelry. For instance, safety concerns may prevent an employee from safely performing essential functions of his/her position while wearing a certain type of jewelry, religious or non-religious.

Additionally, employees may also display religious art and literature in their public workplaces to the same extent that they may display other art and literature, so long as the viewing public would reasonably understand the religious expression to be that of the employee acting in his or her personal capacity, and not that of the government itself. Additionally, like religious expression in a private work area, a supervisor may not specifically single out religious (or anti-religious) art or literature in a public work area for either negative or preferential treatment compared to other art or literature.

Note about Religious Expression in Official Communications: In official government correspondence, including email messages, it is the Department and/or the agency that determines what is appropriate for inclusion. Accordingly, supervisors are permitted to restrict the inclusion of extraneous information (including religious or other messages) that have no relationship to the business matter at hand, so long as the restriction prohibits religious (or anti-religious) extraneous messages in the same manner as it restricts all other types of extraneous language.

Example: Some email messages contain (but are not limited to) ideas and language that are political and religious in nature. Such messages include the phrases, "Have a blessed day," and a quote from Mahatma Gandhi stating, "Be the change you want to see in the world." Messages that include extraneous information that have no relationship to the governmental interest at hand and that have not been officially authorized are inappropriate. It is within the discretion of management to require that employees remove such information from official governmental correspondence. Ultimately, if a message has not been officially approved, it should not be included in any type of official communications, including, but not limited to: email correspondence; voicemail messages; and all other types of outgoing messages.

Please contact the Civil Rights Center at 202-693-6500 if you have further questions.