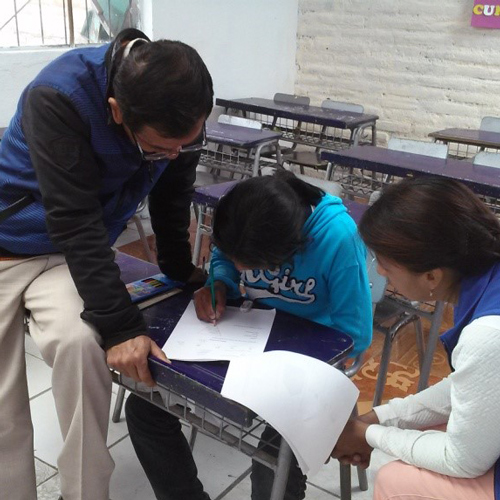 Daniel Mueses is a community activist and educator in Cotama, Ecuador. One day, he asked his students what they wanted to be when they grew up. A young boy named Luis, who had dropped out of school in the fourth grade, stood up and said, “I would like to be a great professor. I would like to go back to school.” Luis, who has autism, had stopped attending school due to issues interacting with classmates and participating in a formal learning environment. Autism is a developmental disorder often

characterized by repetitive behaviors and difficulties with social interaction and verbal and nonverbal communication. “The school said that he had behavior problems, but the issue was that they didn’t understand the nature of his disability or how to work with his disability,” Mueses said. All that changed when Mueses reached out to Luis’ family and suggested that Luis attend his group called “Espacios para Crecer,” or “Spaces for Growth.” Through this program, Luis discovered he had a natural aptitude for math. Mueses believes the innovative approach of “Espacios para Crecer” works because his role as the facilitator of a safe space has allowed him to act as a mentor instead of a disciplinarian.