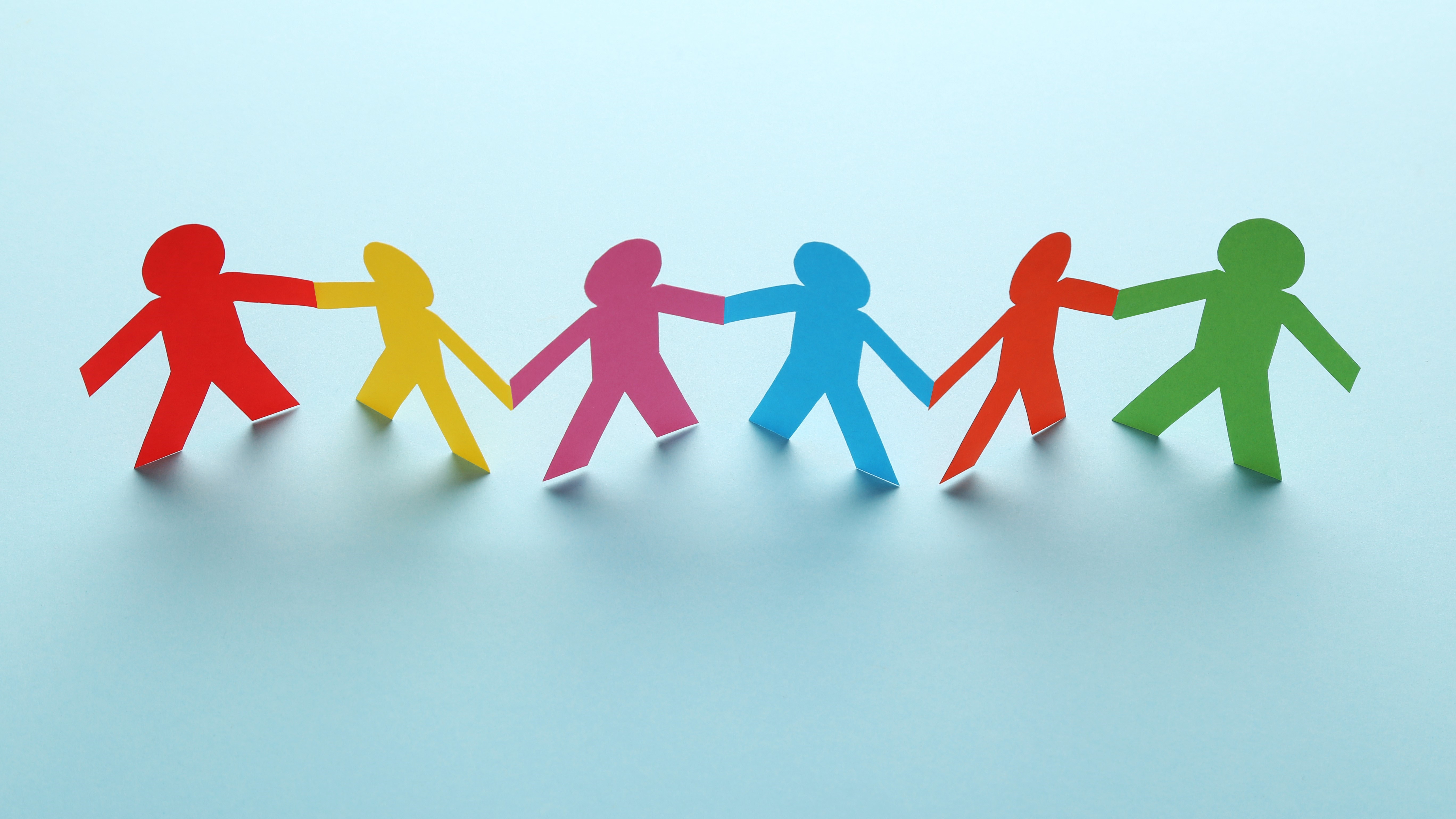 Joslyn is an adult transitional jobs training participant, who has faced numerous barriers such as a criminal history and limited employment experience. Since the very first day of enrollment, Joslyn demonstrated the drive and determination to utilize all that WIOA has to offer, including coaching and referrals from HELP-NM’s Community Support Advocate. As time went on, she began to show great strides in her training, and WIOA staff began to receive calls from her training site with direct praise from her supervisor. Joslyn was placed at the Santa Fe Recovery Outpatient Rehabilitation Center, located in Espanola, New Mexico, under the direct supervision of a behavioral health therapist. Joslyn completed her training on April 16, 2021 and began her full-time position with the Santa Fe Recovery Center on April 19, 2021. She works 30 hours a week for $12.50 per hour. She is also in the process of obtaining her Licensed Substance Abuse Associate and Certified Peer Support Worker certifications with the assistance of her new employer. Joslyn received full employer insurance benefits for the first time in her life and is now no longer dependent on public assistance.

In Joslyn’s own words:

“Every person on this earth is full of great possibilities that can be realized through imagination, effort, and perseverance. This experience has completely changed my life; I would probably still be without purpose. Now I have a career!”

Ben was an 18-year-old youth in the foster care system who had no employment skills or history. He was enrolled in the WIOA Youth Program by Nine Star, a group that sourced and coordinated a Work Experience opportunity with a local employer.

Ben began working for Furniture Enterprises, but only worked for one week before suddenly quitting. The providers, however, had an established relationship with the employer, who was willing to give Ben a second chance. Ben was able to continue his Work Experience opportunity after receiving skills training, guidance, and support from his case manager.

This second chance gave Ben the opportunity to improve his performance and worth ethic. His rejuvenated approach has since led to increased hours and fulltime employment. His employer is pleased with his job performance, which is still steadily improving.

Cheryl first came to SC (South Carolina) Works for assistance with resume development. She was referred to the center by the Ticket to Work program. After working 20+ years in management, Cheryl had to give up her career due to a medical disability.

She is now a certified medical coder and biller, and employed at one of the area’s largest hospitals.

Jackie entered the American Job Center (AJC) in Covington, TN, with a heavy heart. She had recently been laid off from her job and felt humiliated filing for unemployment for the first time. Career Advisor Aretha Gooden quickly assured Jackie that there was no shame in filing a claim and notified her about a free job search program offered under the Greater Memphis WIOA program. Aretha was extremely helpful in assisting Jackie with her claim while offering words of encouragement.

After enrolling in the job search program, Jackie initially struggled to afford the many trips to job interviews. After some consulting with Aretha, Jackie was signed up for supportive services, which included a free gas card for transportation costs. Overcoming this barrier was a huge step and Jackie was soon referred to Account Manager Savannah Bishop whose positive attitude helped her start to believe in herself again.

Savannah sent Jackie’s resume to several local employers. Although the process began slowly, Jackie soon landed an interview at one of the area’s top agencies. Jackie was successfully hired for a job making $18 per hour! After just a few days at the job, Jackie was already making a positive impression on her employer. Candy Curtis, Jackie’s hiring manager, said that she fit into the role very well right from the start. Likewise, Jackie was ecstatic about her experience with the AJC.

“The AJC is not just an unemployment office, it is the American Job Center! I was feeling so down on myself, but now I have a purpose again. I received a second chance because of the AJC. People should know that the AJC genuinely cares about the customers they serve. The classes and job fairs offered through the center allow people to better themselves tremendously.”

Thanks to the support of the American Job Center, Jackie is now enjoying employment and her self-esteem has improved.

Jeramie and his family moved to the Huron (South Dakota) area in the fall of 2018, where he initially found work at a local trucking company. He was laid off the following May, however. This led Jeramie to apply for RA benefits and start working with a DLR Employment Specialist at the Huron Job Service.

During one of Jeramie’s weekly appointments, he found an Information Technology Technician position that seemed like a fit due to his ongoing pursuit of a bachelor’s degree in Information Technology. The Employment Specialist completed a referral and Jeramie applied for the position. After the interview, however, Jeramie was not confident about receiving a job offer because of his lack of work experience in information technology. The Employment Specialist contacted the employer and offered an On-the-Job Training (OJT) contract to give him a better chance. A few weeks later, Jeramie received a formal job offer and an OJT training contract with the employer began.

During one of his monitors, Jeramie said he looked forward to going to work every day for the first time in years.

In June of 2020, Jeramie received the Exceptional Employee Award, which is given to an employee who demonstrates the hospital's values of being accessible, helpful and knowledgeable.

Leimana, a wife and a mother, had been out of the labor force for more than nine years as she raised her family. After sending her children off to school, she made the decision to return to work. Eager to adapt and rejoin the workforce, Leimana walked into the Kauai American Job Center (AJC) hoping to find assistance.

After meeting with her case manager at the AJC, Leimana was enrolled in the WIOA Adult Program. She decided to take the Basic Office Skills Training course, a QuickBooks course, and other courses at Kauai Community College and the Office of Continuing Education. Her instructor motivated her to continue sharpening her skills, and Leimana refreshed her ability to complete work on the computer. After completing all required coursework, Leimana received four certificates and included them in her résumé.

Shortly thereafter, Leimana obtained full-time employment as a family service worker at a non-profit organization where she visits homes to support the needs of children. Her new job allows her to engage both her passions and her new skills.

“Just having that basic skill to start investing in myself again has made all the difference,” she said, noting that she is thankful for the WIOA Adult Program and the impact it made on her life.

Patrick, a U.S. Navy veteran, felt displaced in the IT industry after leaving his career to serve his country.

“Getting back into the IT world was daunting since I spent a few years away from it overseas,” Patrick said. “I no longer had a security clearance, I didn’t have any valid certifications, and I had no real leads or recent experience that would get me back in the IT world.”

He visited the Alabama Career Center and learned about the OJT program. According to Business Information Systems, Patrick is one of several employees hired through the OJT program.

“[He] constantly pushes himself to make sure our clients are well taken care of. Whether it is through getting certifications, eliminating problems before they become issues, or just generally trying to make things more efficient, Patrick does it,” they said.

Patrick has become a valuable part of the team because his employer was able to develop a customized training program to ensure his success.

Thella came to Alaska Works Partnership as a homemaker determined to enter a construction apprenticeship.

She completed weatherization training and followed up with an 80-hour building maintenance training. In addition, she also completed carpentry training, blueprint reading, and trades math training. She found her passion and strength in carpentry and was entered into the Carpenters’ Local 1282 apprenticeship in June 2020.

Thella went on to work full time on a project for BEK of Alaska, Inc.

Heidi came to the Michigan Works! Service Center in Coldwater after experiencing a downsizing from a company she had been employed at for ten years. Heidi had experience in proteins and agriculture, so staff from Michigan Works! Southwest discussed a variety of positions, including those available at Clemens Food Group. At the time, she was hesitant to get back into supervision but stated that she would consider it if the right position came along. Staff submitted her resume to the Food Safety Director at Clemens for a Food Safety Quality Assurance position. Heidi had several interviews and was even invited for a panel interview at the Clemens plant in Pennsylvania. Heidi received an offer for a full-time position as a Food Safety Quality Assurance Supervisor, making $27.51 per hour.

“From the beginning, my experience with Michigan Works! Southwest was nothing short of empowering and positive,” states Heidi. “With Clemens Food Group coming to Coldwater, it was my ambition to seek employment with a new, successful and growing local business.”

It had been several years since Heidi last interviewed for a position. Delighted at the opportunity but nervous at the prospect of an interview, Michigan Works! Southwest set up a series of mock interviews designed to practice and prepare her job-seeking skills.

“They were absolutely crucial and helpful during the entire process,” continues Heidi. “Thanks to Michigan Works! Southwest, I am thriving along with my new employer. They were always encouraging and available for questions whenever I needed them. I could never imagine going through this experience without Michigan Works! Southwest and want to extend my sincerest appreciation for what they do.”