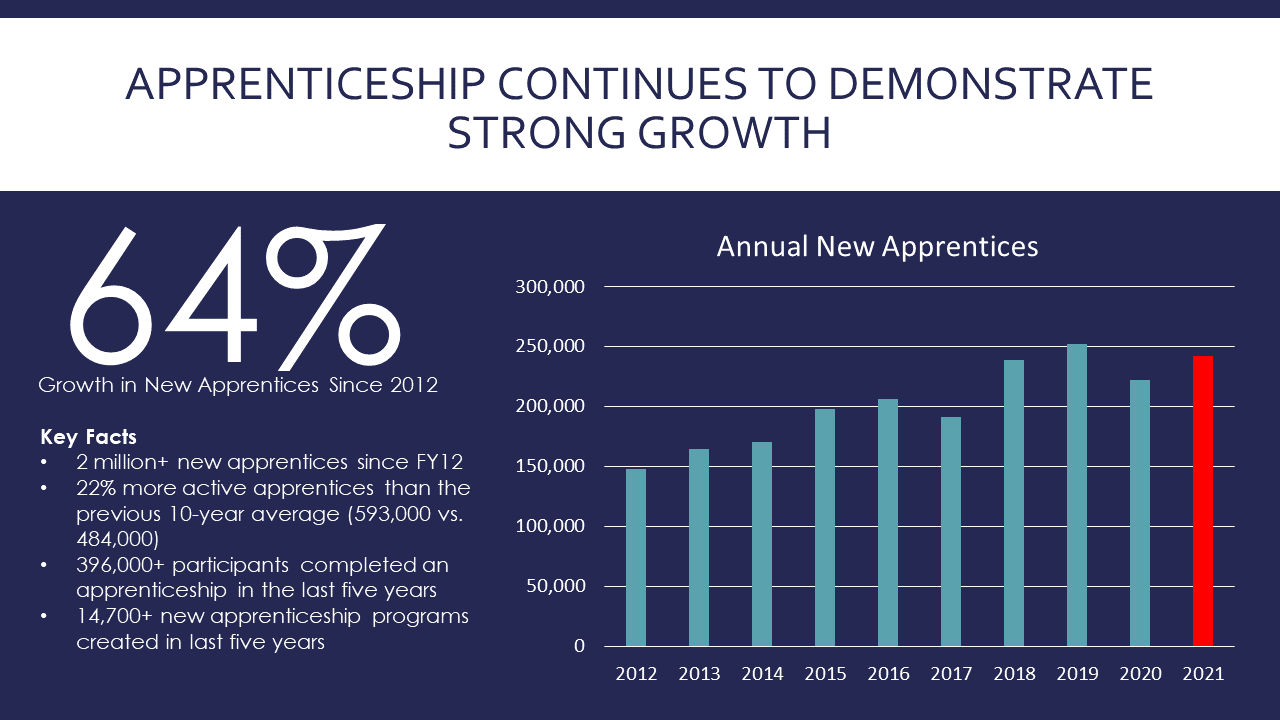 To have a complete and accurate picture of the entire National Registered Apprenticeship System, the Office of Apprenticeship created a SAA data portal that allowed the remaining SAA states to quickly and easily transfer non-PII, individual level data into RAPIDS, including demographic data.  Due to the success of the SAA portal, OA data cleanup efforts, and robust technical assistance with the states, RAPIDS now captures individual record data from 48 states and USMAP.  The Office of Apprenticeship is working with the five remaining states and territories (Minnesota, Oregon, Vermont, Washington state, and the District of Columbia) with the goal to have all national individual level apprenticeship data by the end of Fiscal Year 2022.

*NOTE: As in FY 2020, COVID-19 has continued to have an impact on the growth of Registered Apprenticeship, causing a 6.7 percent decrease in active apprentices between FY 2020 and FY 2021.

OA has provided a variety of new tools to make it easier for the public to analyze apprenticeship data as follows:

An extract of the RAPIDS data files is available upon request for download and use in research. The extract includes additional data on apprentices, programs, and occupations in the system. All personally identifiable information has been removed from the extract. As noted above, RAPIDS currently captures individual record data for 48 states (the 25 states administered by the Office of Apprenticeship and 18 of the 28 states/territories administered by SAAs). It does not include data from Minnesota, Oregon, Vermont, Washington state, and the District of Columbia), but is expected to represent the complete national dataset by the end of FY 2023. 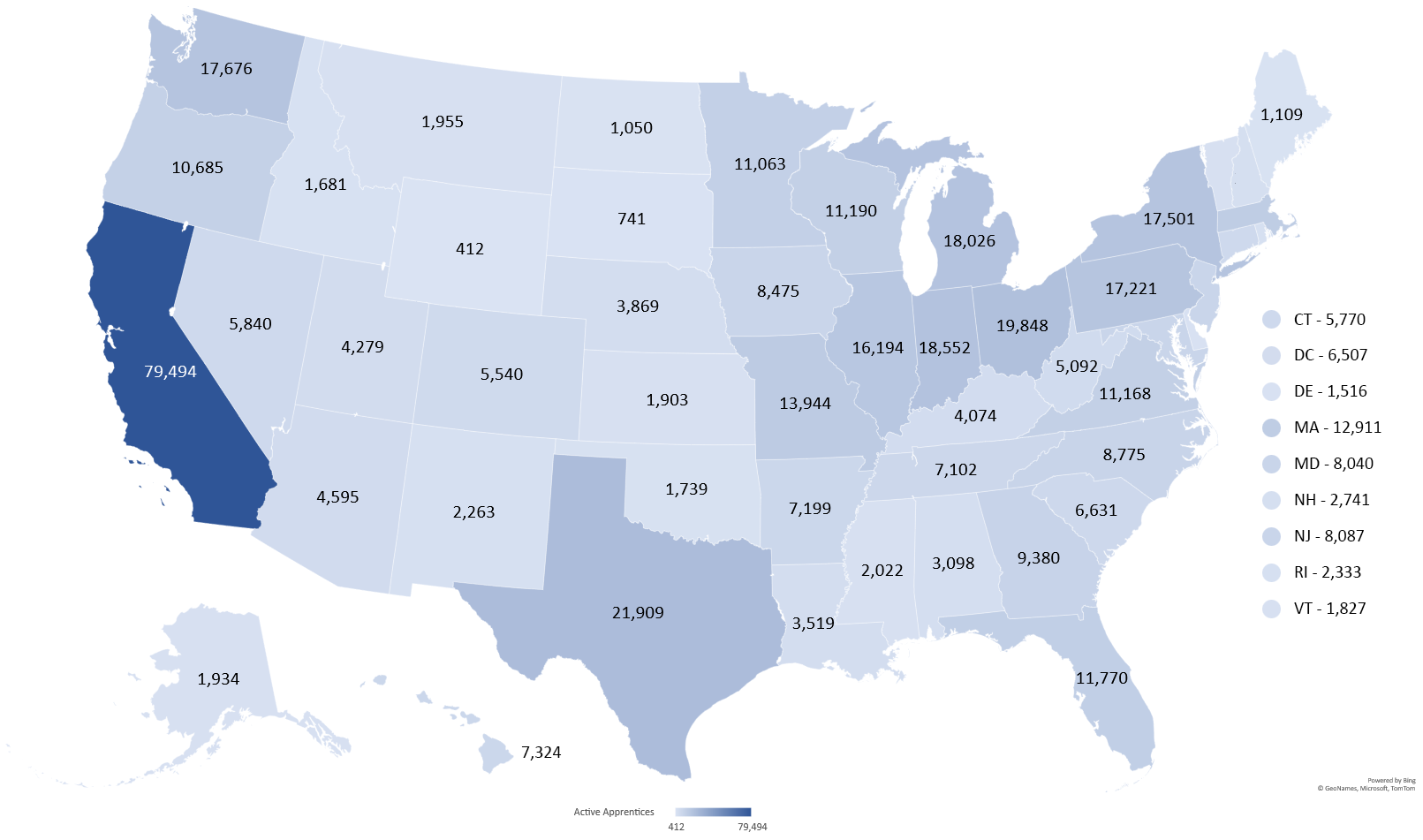 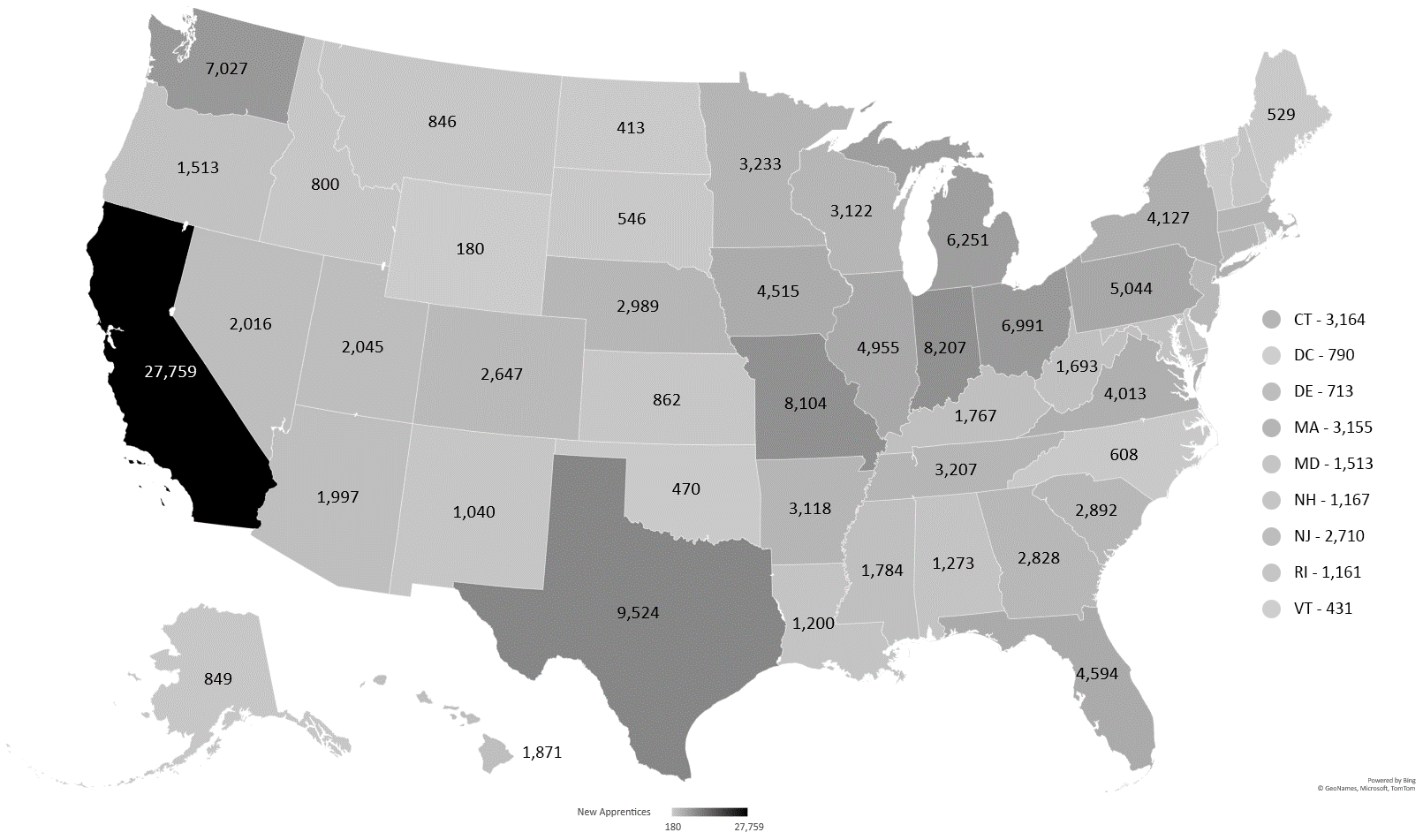 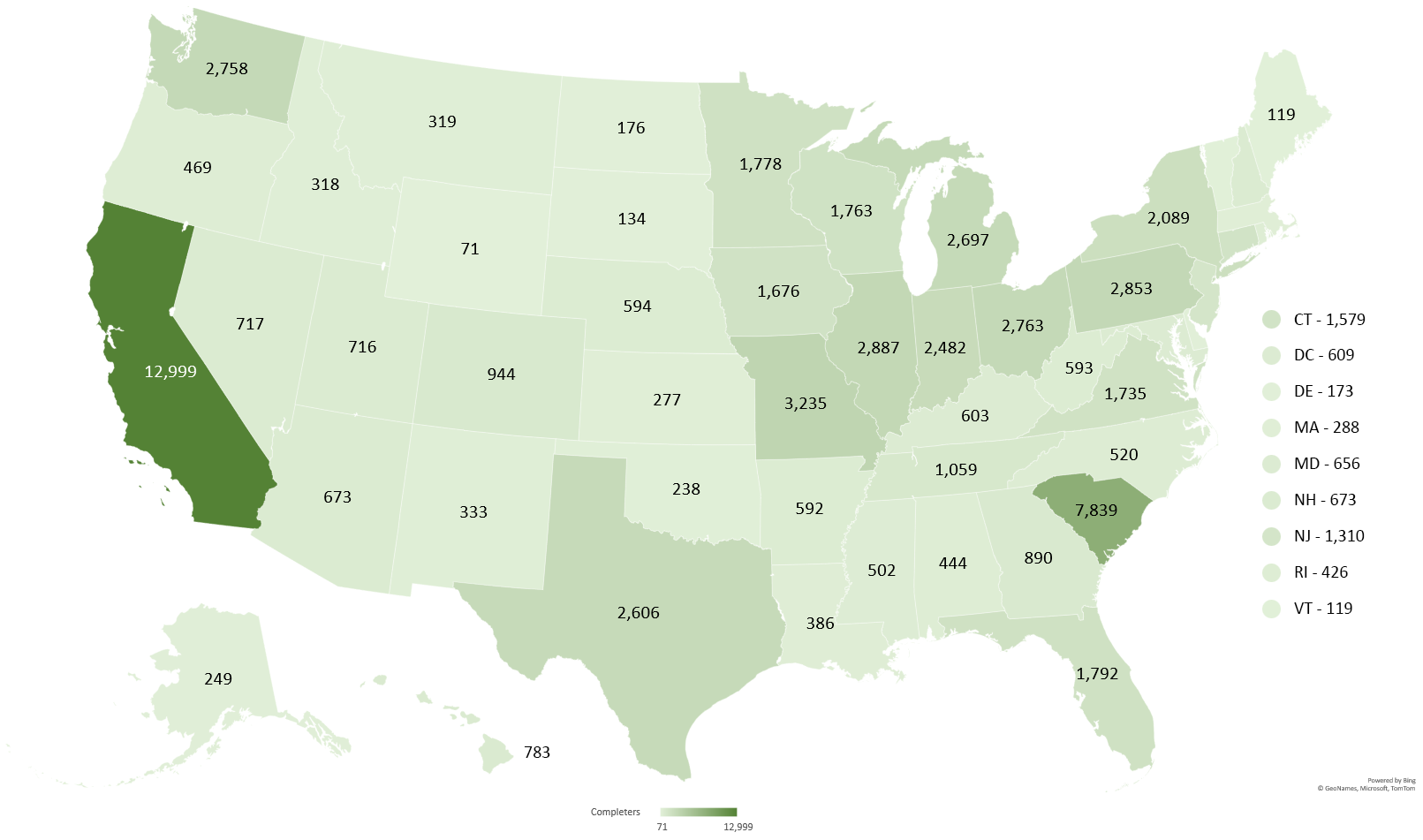 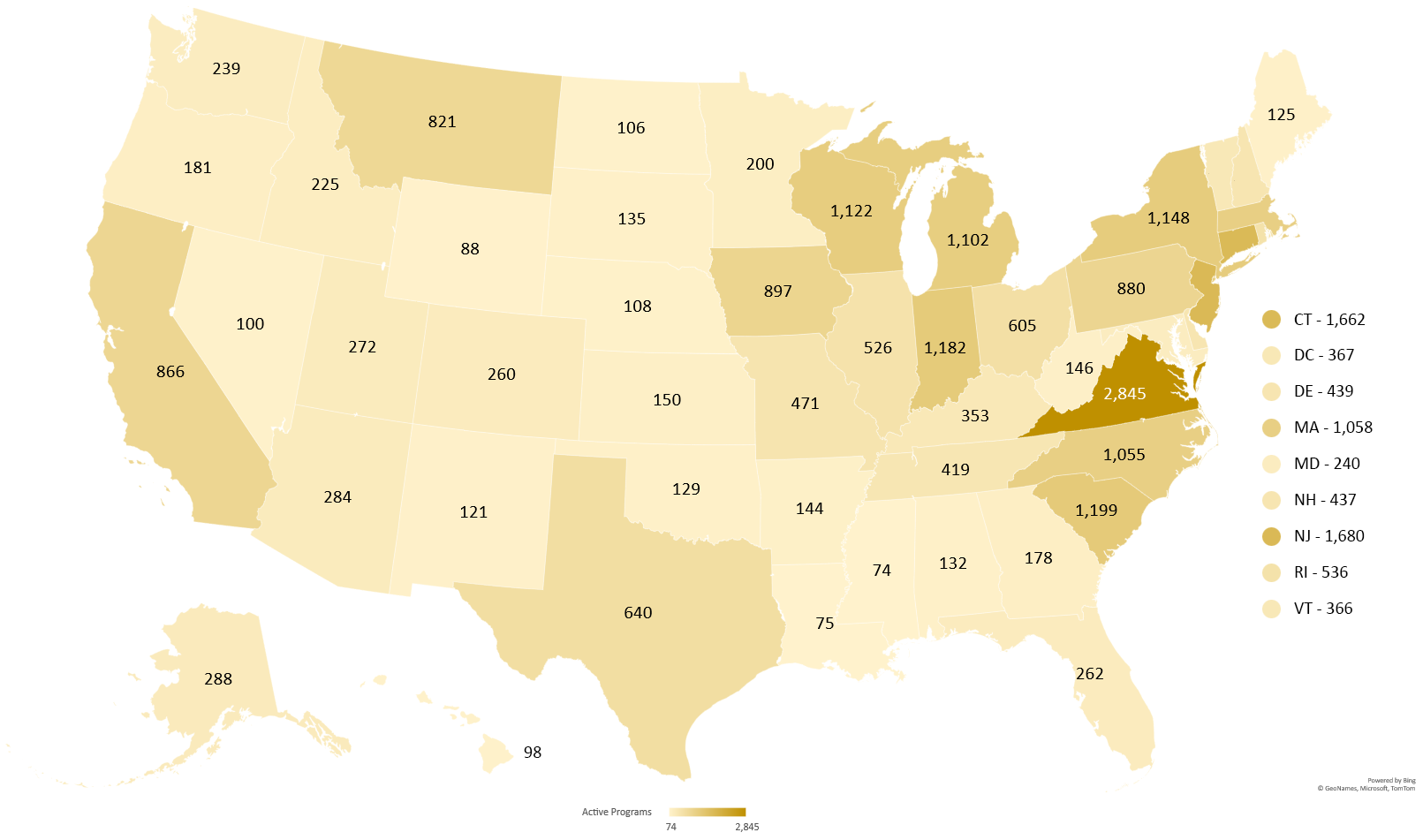 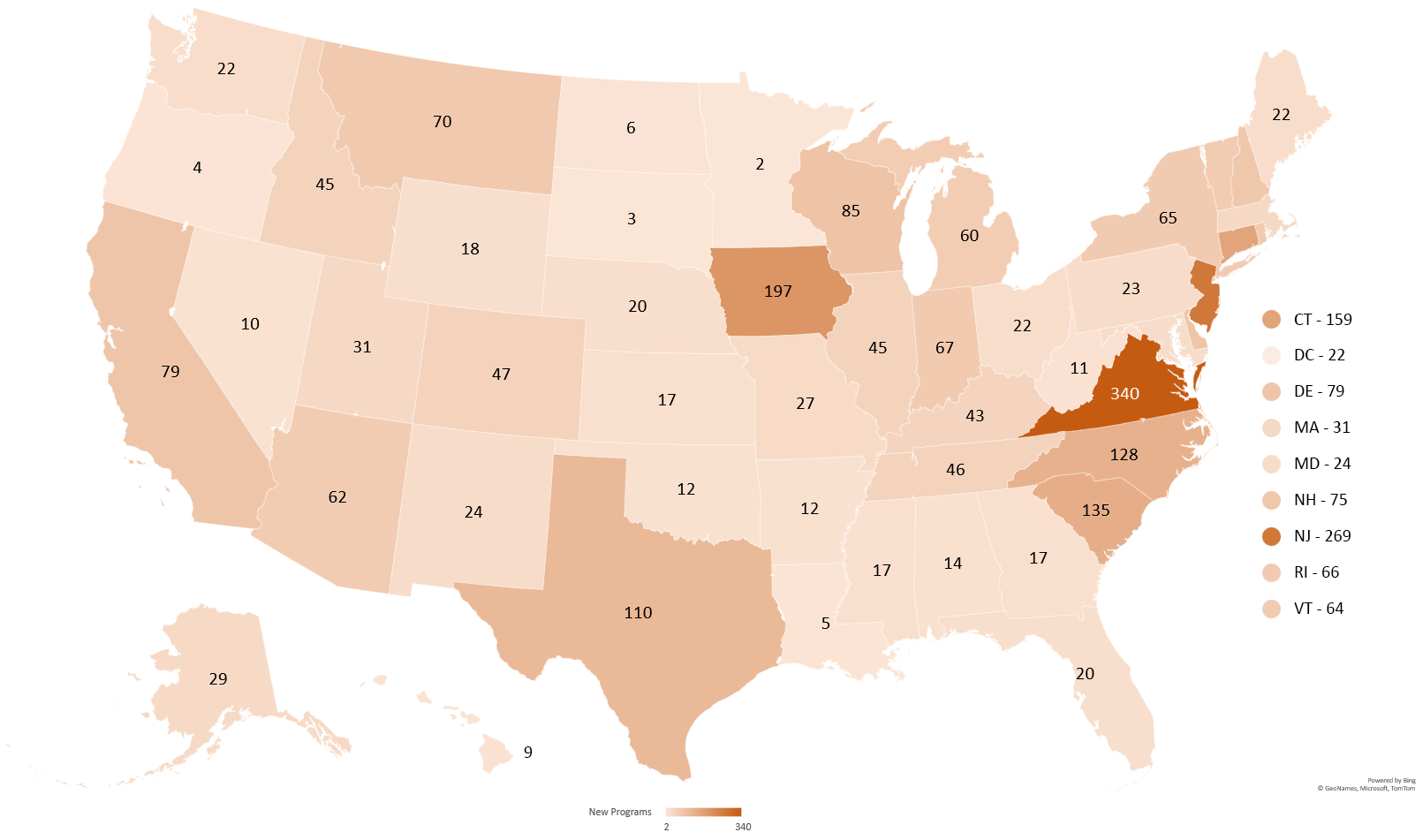 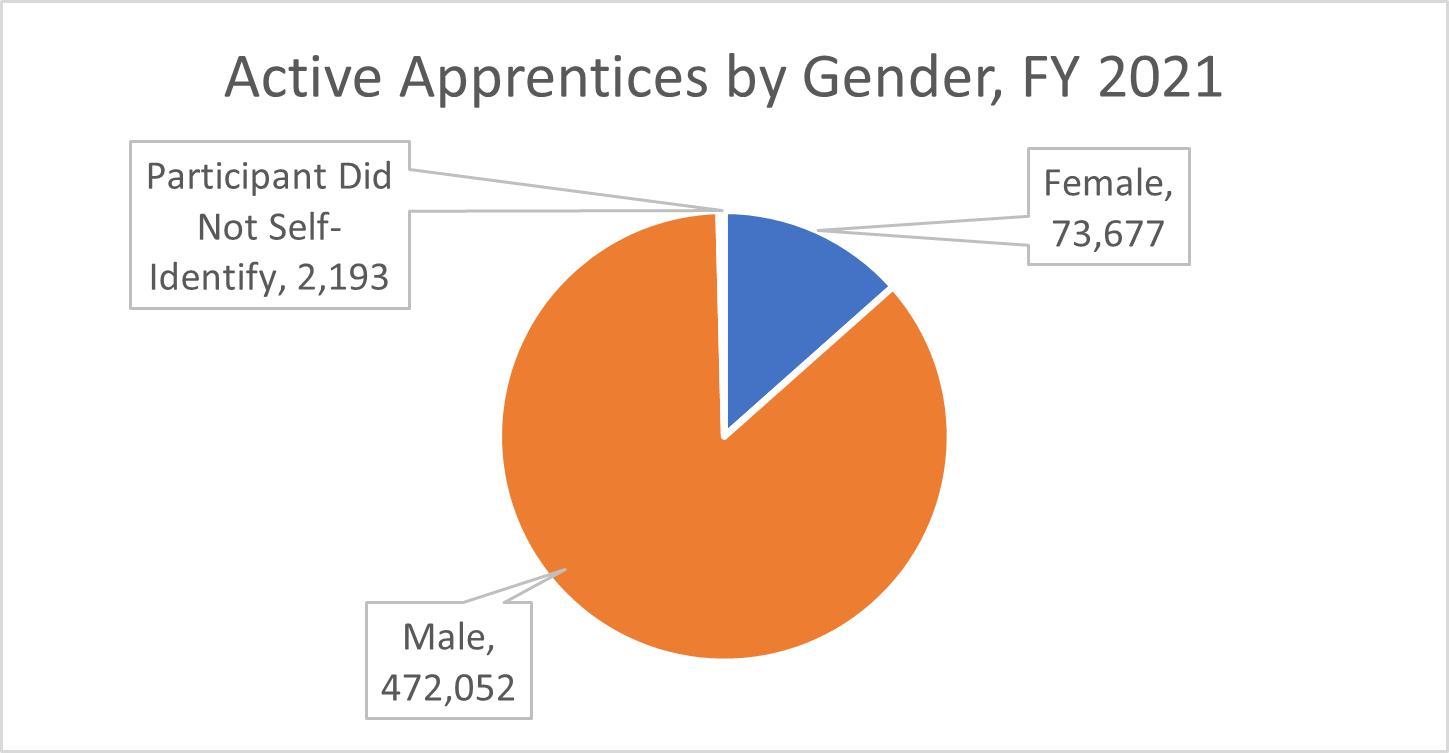 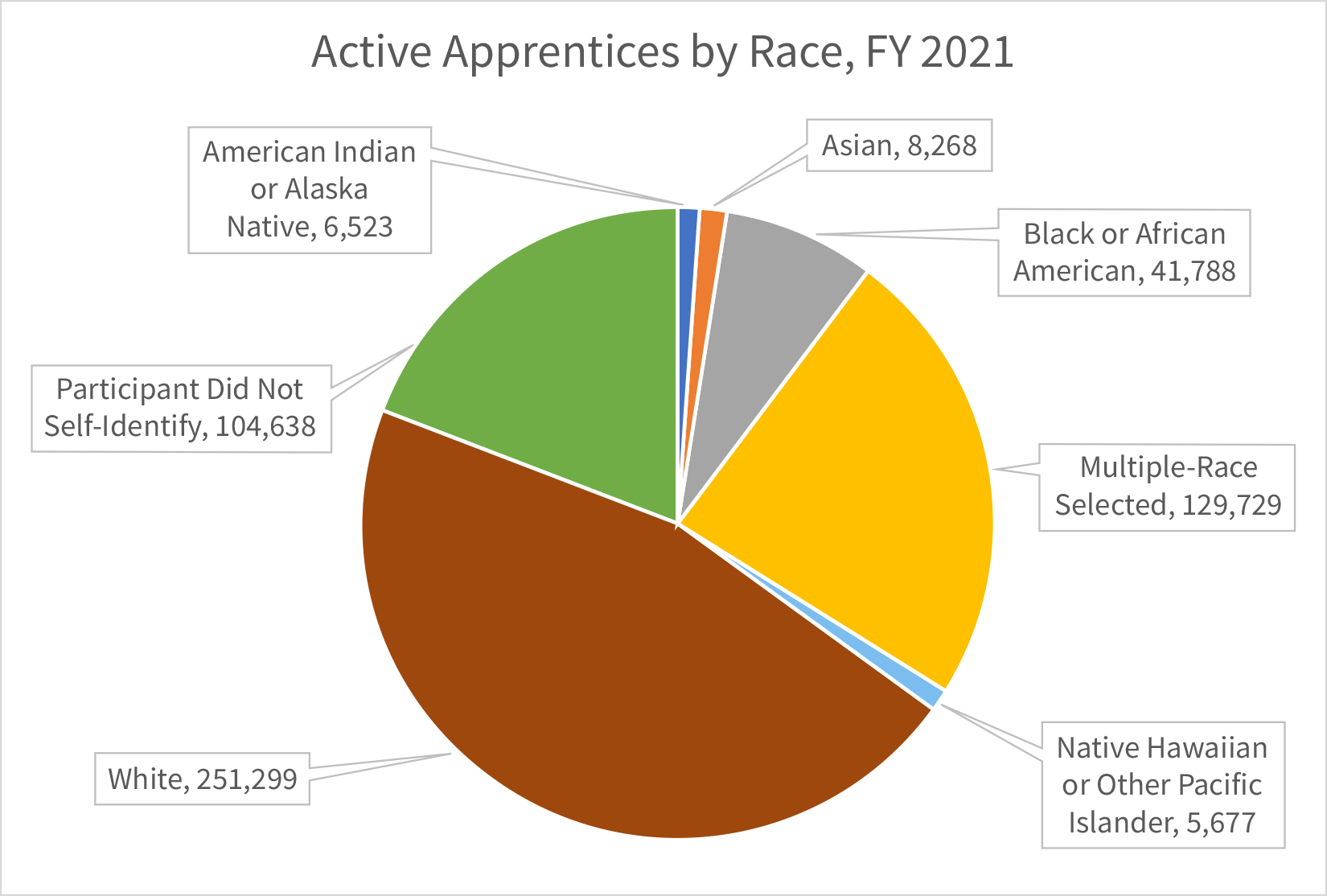 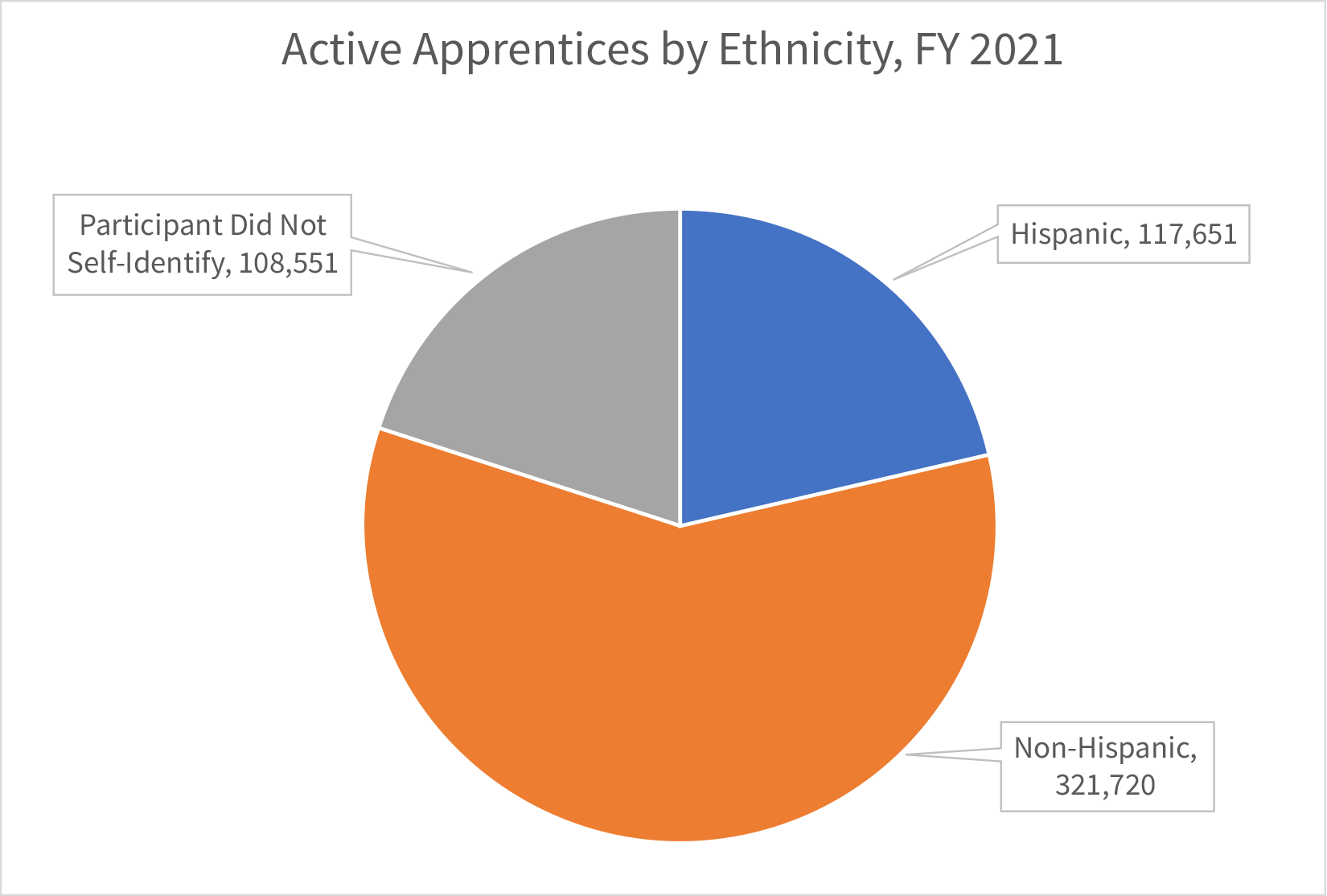 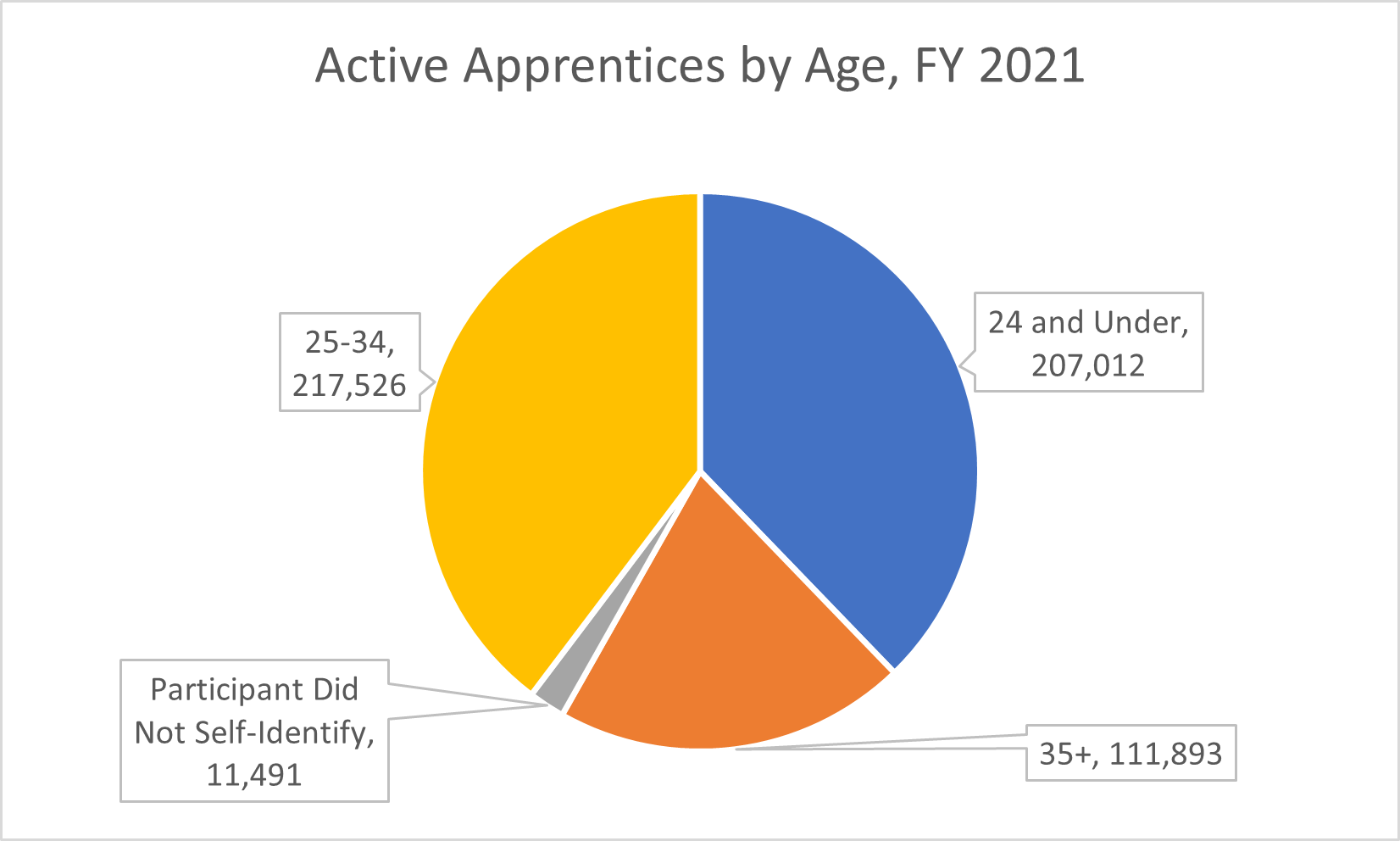 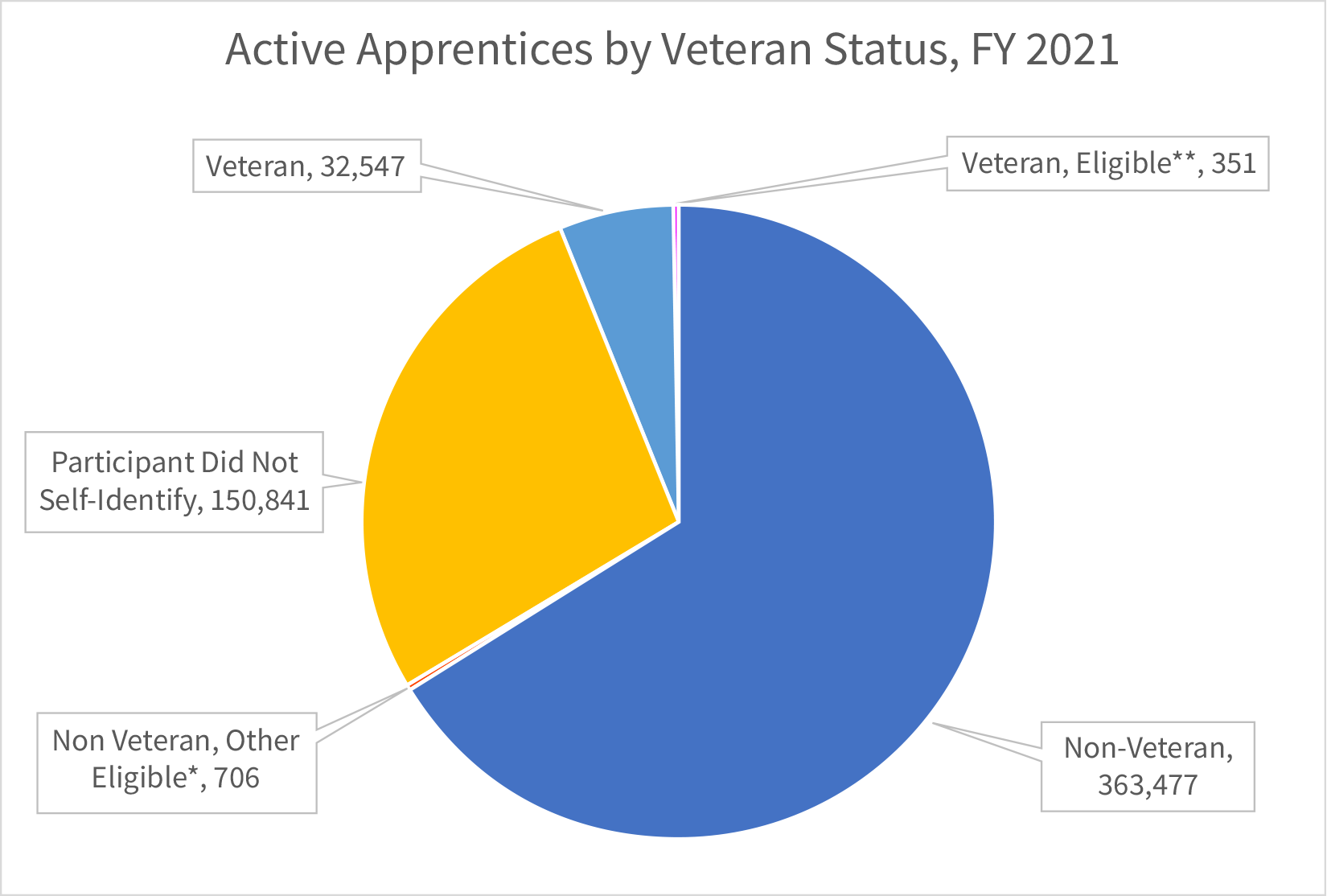 *A dependent of a Veteran

**A Veteran eligible for other G.I. Bill and Title 38 benefits

Employer Only programs are wholly administered by the employer with no intermediary, compared to Joint Labor-Management programs between an employer and a labor organization, most often a union.

New Apprentices: Apprentices registered during the period of performance (the start date, not the registration date is used).

New Programs: Programs registered during the period or performance.

Active Apprentices/Programs: Active count at the end of a period (active at beginning of period plus new during period minus completed/cancelled during period).

Completers or Graduates: Apprentices that have completed their training during the period.